Differential effects of amitriptyline treatment International Journal of Integrative Biology
A journal for biology beyond borders
Differential effects of amitriptyline treatment
on testicular and liver functions
Afify M 1,*, Abd Elmaksoud M D 1, Mosa T 1, Elshaer M 2, Kotb N 3
1 Biochemistry Department, National Research Centre, Dokki, Egypt 2 Pathology Department, National Research Centre, Dokki, Egypt 3 National Organization for Drug Control and Research (NODCAR), Egypt Submitted: 30 Sep. 2009; Revised: 13 Dec. 2009; Accepted: 15 Dec. 2009 Abstract
The aim of our study was to investigate the influence of exposure to amitriptyline treatment with different doses
on the activity of liver and testicular indices; and examined these organs histopatholgically to confirm the effect
of amitriptyline. This study conducted on 80 adult male rats. The 40 rats were divided into two groups according
to received dose of amitriptyline (low and high doses) and the third group (20 rats) received toxic dose of
cyclophosphamide to serve as a positive control, beside 20 healthy rats as a control group. After 30 days of
treatment, the animals were sacrificed and blood and tissue samples were collected. The results showed that
there was no significant difference in rats treated by low dose of amitriptyline as regards liver enzymes (ALT,
AST and γGT), testicular functions (testosterone and prolactin levels, and spermatic count) and
histopatholgically changes in the tissue of these organs. While the high dose showed significant difference in the
liver and testicular functions proved by, the changes occurred in the liver and testicular tissue that is like the
toxic effect of cyclophosphamide. In conclusion, high dose of amitriptyline has toxic effects on the metabolic
functions of the liver and reduction in the productive functions of the testis beside the toxic histopathological
changes in the tissue of these organs.
Keywords: amitriptyline, liver, testis and cyclophosphamide. 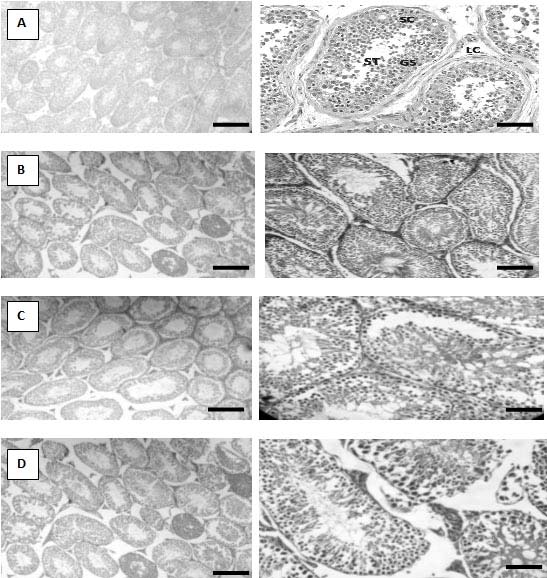 Treating anxiety with either beta blockers or antiemetic antimuscarinic drugs: a review