6370 LBJ Freeway
Suite 170
Dallas, TX 75240
(972) 620-7600
www.daps.us
FDA Approves Two New Parkinson's Drugs Good news for the Parkinson's community came in early January this year as the FDA approved two new drugs. RYTARY™ is an extended-release oral capsule form of carbidopa/levidopa for use in early through late stages of Parkinson's disease (PD). DUOPA™ is approved for treatment of motor fluctuations in the late stages of PD. It is administered through an infusion pump that delivers carbidopa and levodopa directly into the small intestine. • RYTARY™ (pronounced rye-TAR-ee) addresses the needs of patients who experience reduced mobility as levodopa levels drop by providing a formulation of carbidopa/levidopa that releases more slowly over time. In addition to the extended-release beads, the capsule contains immediate release beads that are designed for rapid effectiveness. Studies of RYTARY showed subjects had significantly increased amount of "on" time during waking hours without troublesome dyskinesia. The manufacturer states that dosage of RYTARY will require careful monitoring, as there is not a direct 1:1 correlation between it and Liza Farrow-Gillespie, J.D. carbidopa/levidopa. However it can be taken whole, or for those experiencing See page 2 for speaker bio swallowing problems, the beads in the capsule may be sprinkled on applesauce and consumed. RYTARY is scheduled to be released in four strengths and available for commercial distribution in February 2015. For more information, please consult • DUOPA™ has been approved as an orphan drug, a designation given to Safaris to Sea Pirates: products intended to treat rare diseases or conditions that affect fewer than Adventure Travel 200,000 patients in the US. As PD progresses, it becomes increasingly difficult to treat the motor symptoms of the disease with immediate release oral As always, light refreshments carbidopa/levidopa tablets. DUOPA is administered continuously for 16 hours will be available. through a tube called a PEG-J that is surgically inserted into the stomach. A We look forward to seeing you! small pump moves the medication from a cassette into the PEG-J tube. The pump delivers DUOPA as a large dose first thing in the morning, as a Monday, February 9, 2015
continuous dose while the pump is on, and as any extra doses needed during the day. In clinical trials, patients with advanced PD who received DUOPA 1:00 p.m.
showed significantly reduced "off" times. Full prescribing information, including a medication guide, can be found at These new drugs help fill an unmet need for patients living with Parkinson's to United Methodist Church significantly increase the amount of time symptoms are adequately controlled. As always, please seek your doctor's advice when determining how best to meet your medical needs. february speaker bio 2
legislative news 4
memorials, honors, donations 6
thank you 2
weather reminder 5
group schedules 7
daps: past, present, future 3-4
executive director's message 5
calendar of events 8 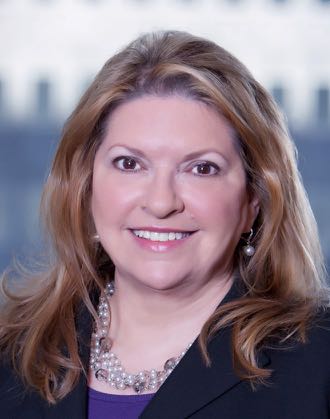 Tom Thumb Good Neighbor Program
Link your Tom Thumb Rewards card to number 3071,
A message from Mike Miles and a percentage of what you pay to Tom Thumb will Executive Director be donated to DAPS!
Kroger Plus Card
Community Rewards Program
The Kroger Plus Card Program now requires you to
First Impressions
link your card online to benefit DAPS. Picture a man washing his car with a down-on-his-luck, log in. In your Account Summary, look for Community homeless man sitting on the curb nearby. The man washing Rewards. Click Edit, type in our Organization number his car assumes that the man is going to ask for money. He (80709), and click the button next to Dallas Area
never does. Finally the homeless man speaks. Here it Parkinsonism Society. Click Save. Show your Kroger comes – he is going to ask for money. Instead he says, Plus card at the register and DAPS earns cash! "Really nice car!" The guy thanks him, but does not get iGive.com
engaged in a conversation, because, after al , the homeless The iGive mall includes your favorite stores. Best of man only wants money. Finally the guy gives in and asks, all, up to 26% of your purchases are donated to DAPS. "Do you need some help?" The homeless man's answer Just go to sign in or sign up for an really surprised him. "Don't we all?" account and choose DAPS as your cause. Next time Here at DAPS we have terms such as PWP and Caregivers. you shop, go to iGive first to sign in, click on your store Well, if we must have terms, these are as good as any to of choice, and a percentage of your purchase benefits help distinguish which side of PD you're on. But I have to THANK YOU!
believe that if it's not PD, it's something else. And the rest of the story is, that it is never just PD, never just cancer, never just finances, never just relationships. The list is endless. These things, these misfortunes don't describe who we are, unless we let them. I have to admit that sometimes I am guilty of passing someone on the street or in the marketplace and having that first impression, "There goes someone who has it all! There is someone without problems. There is someone who doesn't need a thing." My first In the event that there is bad impressions could not be farther from the truth. weather on the day of a I do believe the homeless man hit the nail right on the head. DAPS meeting, group or class, We all need help…which I think means we all need to be helping each other. we will follow decisions I bet you thought I, like the man on the street, was going to determined by the Dallas ask you for some money – a donation to DAPS. Well, we all do need help. "Just kidding about the money. Sorta." Independent School District. Wishing you and all of us a day of getting and giving the help FEBRUARY 2015 · DAPS · PAGE 5 MEMORIALS · HONORS · DONATIONS In memory of Jobea Nell Graham Bittenbender
In honor of Marie Thorpe
From: Patricia Eddings From: Cheryl Thorpe In memory of Harry and Reba Swiff
In honor of Misty Owens' birthday
From: Joseph and Helen Swiff Memorial Fund of the Dallas Jewish Community Foundation Donation to DAPS
In memory of Jerry O'Connor and Chester Maxey
From: Briggs Equipment Larry Christenson
In memory of Ramon Navarro
Doug and Judy McIntyre From: NORCAL Mutual Insurance Company Jim Ann Grandstaff In memory of Troy Sheldon Quigley
From: Brandon Quigley Jeffrey and Deborah Hamer In memory of Geoffrey Nelson
Philip Pottinger From: Sondie Rosenthal In honor of Greg Wood
Debby and Don Shannon From: Amy Anderson
In honor of Sam Farrow
Cindy Weatherall From: Liza Farrow-Gillespie Anonymous donors Half Shells Seafood Grill - Plano, In honor of Jim Harned
First Tuesday donation From: Elizabeth Kitay DAPS @ Preston Hollow (Dallas) DAPS @ Trinity (Duncanville) About Memorials, Honors, and Donations Flowers fade within days. Memorial tributes to DAPS have a lasting effect, funding our more than 25 Parkinson's exercise, speech, and support groups and education programs. Your generous donations will be listed in our DAPS newsletter. Both you and your honoree will receive letters of acknowledgement and thanks, but the dollar amount will be included in your letter only for tax purposes. Send these special tributes to the DAPS office, with instructions regarding who the donation is in honor of or in memory of and who should be recognized as the donor. You may also make memorial donations at www.daps.us. Just click the Donate button on the right side and you will be taken to PayPal, where you can add "in memory / in honor of" details by clicking the "Add special instructions to the seller" link that appears on the second web page, after you enter your payment or login information. THPD GROUPS & CLASSES
The Movement Disorders Education
exercise · speech therapy · support groups and Resource Center at Texas Health
Presbyterian Hospital Dallas (THPD)
St. Andrews Christian Church
(8200 Walnut Hil Lane, Dallas, TX 75231) 3945 N. Josey Lane Trinity United Methodist Church
offers the fol owing. For more information or to RSVP, please contact
Group Exercise:
1302 S. Clark Rd. Kathryn MacDonell at 214-345-4224 or
Wednesday.10:00 a.m. to 11:00 a.m. Speech Therapy:

All General Membership and Board Meetings are held at University Park
United Methodist Church, 4024 Caruth Blvd., Dallas, TX 75225.
disclaimer: The contents or opinions expressed in this Newsletter
are those of the individual writers or presenters and do not constitute an
endorsement or approval by DAPS staff. Please consult your personal
physician regarding your individual medical problems.
@dapsinfo
For change of address or corrections, please indicate the changes on this page
and mail it to DAPS, or email: