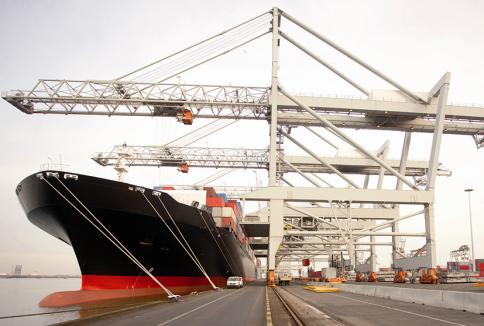 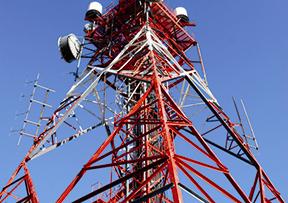 Global Listed Infrastructure Monthly Review and Outlook As at June 2014
Welcome to the latest monthly update on the First State Global Infrastructure, providing a review of the Fund and latest outlook Key highlights:
 Global listed infrastructure capped the 2013/2014 financial year with a further increase in June.  The Fund climbed by 0.9%; its seventh consecutive month of positive returns.  The regulated utility and energy pipeline sectors hummed with M&A activity and corporate re-structurings.  Fund positioning remains tilted towards "growth" oriented sectors such as toll roads, ports and railways.  Underweight exposure has been maintained towards "income" sectors such as regulated utilities and energy pipelines that are most affected by rising bond yields. Market review
Global listed infrastructure continued to rally in June, boosted by heightened levels of corporate activity in the utilities and energy
pipelines sectors. In SGD term (total return), the UBS Global Infrastructure & Utilities 50-50 Index returned 2.4% over the month, ahead of
the MSCI World which rose 1.4%.
The best performing sectors were Energy Pipelines and Integrated Utilities. Energy pipelines, which have benefitted in recent years
from surging US energy production and the resulting energy infrastructure build-out, saw high levels of re-structuring and acquisition
activity. Williams Co. announced a US$6 billion takeover of peer Access Midstream Partners. The transaction is expected to increase cash
flow per share, enabling Williams to aggressively raise its dividends. Enbridge Energy Partners registered strong gains following an equity
re-structuring arrangement which is expected to increase the proportion of its cash flow available for distribution to shareholders.
Integrated utility gains were led by China Gas Holdings, which rose following the announcement of strong FY 2014 results as new households connect to its gas energy infrastructure, and guidance indicating robust future volume growth. Brazilian integrated utilities Energias do Brasil and CPFL Energia gained as the Brazilian electricity sector regulator announced preliminary WACC levels for the sector, reducing regulatory uncertainty for these firms. The worst performing sector was Energy Storage. Rubis declined on investor concerns that H1 earnings could be impacted by a
combination of unfavourable weather conditions, and recent equity raisings. Positive medium term catalysts for the firm include the
incorporation of recently-acquired assets in Portugal during H2, and an expected recovery in its Turkish operations in 2015.
Japan was the best performing region. The market saw broad-based gains on investor optimism ahead of the announcement by Prime
Minister Abe of additional reform measures – the so-called "third arrow" – which included a reduction in the corporate tax rate from 35%
to 30%, and changes in the US$1.3 trillion government pension fund investment parameters to allow it to buy more equities. Volume-
sensitive listed infrastructure stocks such as Japan Airport Terminal Company and Central Japan Railway gained the most.
First State Investments

The worst performing region was the UK as integrated utility
difficult European operating environment. Joint ventures in faster- Centrica dragged on performance. In a reminder of the ongoing growing Asian markets are expected to provide catalysts for the political and regulatory risks that can face infrastructure assets, the company's future earnings growth. opposition Labour Party announced that if it wins the 2015 general Crown Castle International fell as a telecoms infrastructure
election, it will set up a new energy board giving authorities the installation company MasTec flagged unexpected delays in wireless power to require utilities such as Centrica to reduce bills when spending projects which was a negative read-through to the wholesale power costs decline. mobile tower sector. This is at odds with the strong demand Fund review
trends filtering out of the annual tower industry trade event and The Fund increased in June by 0.9%, 141 bps behind the UBS the team's meetings with tower companies in recent months. Global Infrastructure & Utilities 50-50 Index which rose 2.5%. Our Zurich Airport also declined in June. This year's traffic is weak
focus on quality and investment fundamentals has delivered driven by an increase in high-fee local passengers offset by a consistent returns over the long-term, but may lag from month-to- decline in lower-fee transfer passengers. Retail turnover has been impacted by the partial closure of a major landside tenant for Integrated utility holdings within the Fund continued to rally. The refurbishment and expansion. best-performing stock in the Fund was US-based global integrated utility AES Corp, which gained on the execution of its re-
During the month, the Fund bought shares in Jiangsu Expressway, a structuring strategy of divesting non-core assets and improving highly cash generative Chinese toll road company which is trading profitability. During June it announced the sale of its 50% stake in at an attractive valuation and is set to benefit from structural Silver Ridge Power solar projects for US165 million, and the sale of growth trends, including growing car penetration in China. a minority stake in its Masinloc power plant in the Philippines for Holdings in Japanese gas utility Tokyo Gas Company and Australian US$453 million. US peers Public Service Enterprise Group and
regulated utility SP Ausnet were sold following respective periods FirstEnergy rose on improving wholesale power market
of strong performance, and in the absence of any additional near Regulated utilities also contributed to Fund performance. Atmos,
PG & E, NiSource and Northeast Utilities climbed as interest in
this stable, defensive sector was sparked by increasing levels of re-
The Fund invests in a wide range of global listed infrastructure structuring and M&A activity. June alone saw Wisconsin Energy's assets including toll roads, airports, ports, railroads, utilities, US$9.1 billion stock and cash bid for Integrys Energy Group; pipelines, energy storage, mobile towers and satellites. Fund NextEra's (rebuffed) offer to provide a loan that might have positioning remains tilted towards "growth" oriented sectors such converted into majority ownership of Energy Future Holdings as toll roads, ports and railways. These sectors benefit from Corp's profitable Oncor unit; KKR's purchase of wind farm assets increasing volumes and positive operating leverage in an from Spanish operator Acciona for US$563 million; and Cleco improving economic environment. Underweight exposure has Corp's confirmation that it has been approached by several been maintained towards "income" sectors such as regulated interested buyers. These transactions are in addition to Exelon's utilities and energy pipelines that are most affected by rising bond US$6.8 billion takeover of Pepco Holdings in April; the pending yields. While falling bond yields have been supportive of income US$1.9 billion takeover of Philadelphia Gas Works by UIL Holdings; sectors in recent months, we continue to back the outcomes of and Teco Energy's pending acquisition of New Mexico Gas our "bottom-up" investment process and see enough "top-down" Company for US$1 billion. Asset sales, spin-offs and IPOs in the evidence to support a stronger economic growth outlook in the sector look set to continue, driven by cheap financing and second half of this year. potential re-structuring benefits. Valuations for global listed infrastructure overall remain in line with Japanese passenger rail stocks Central Japan Railway and East
historical averages. We continue to identify valuation discrepancies Japan Railway
within sectors, providing opportunities to generate alpha through were supported by steady passenger growth rates active management. The key infrastructure characteristics that we and a rally across the broader Japanese market. These stable, cash- seek to identify in the stocks we pick – high barriers to entry, generative businesses stand to benefit from an improving strong pricing power, predictable cash flows and sustainable economic environment through growing demand for their growth – are likely to be supportive of share prices. Accordingly, exemplary passenger rail services. This particularly applies to we expect the Fund to continue to deliver satisfactory risk-adjusted Central Japan Railway, whose Tokyo-Osaka shinkansen gives it a returns to investors. relatively high proportion of business travellers. Picture of the month
Western Canada-focussed energy pipeline operator Pembina
Pipeline was buoyed by positive sentiment towards the sector,
Here is the latest example of our on-the-ground approach to and growing market recognition of the value of its low risk, organic investing (a vital source of idea generation and risk management). growth projects. Two of our analysts visited Aeroports de Paris (ADP). The company is covered by Ed Leung (Airports analyst). ADP is partly owned by The worst performing stock in the portfolio was Dutch energy the airports division of French toll road operator Vinci, which is storage firm Vopak. The company continued to be impacted by a 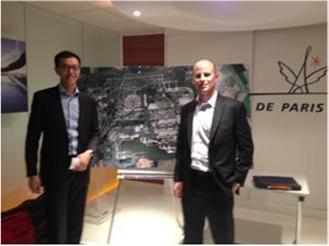 
covered by Ofer Karliner (Toll Roads analyst), making it of interest
Source: First State Investments. Disclaimer
This document is prepared by First State Investments (Singapore) ("FSI") (Co. Reg No. 196900420D.) whose views and opinions expressed or implied in the document are subject to change without notice. FSI accepts no liability whatsoever for any loss, whether direct or indirect, arising from any use of or reliance on this document. This document is published for general information and general circulation only and does not have any regard to the specific investment objectives, financial situation and particular needs of any specific person who may receive this document. Investors may wish to seek advice from a financial adviser and should read the Prospectus, available from First State Investments (Singapore) or any of our Distributors before deciding to subscribe for the Fund. In the event that the investor chooses not to seek advice from a financial adviser, he should consider carefully whether the Fund in question is suitable for him. Past performance of the Fund or the Manager, and any economic and market trends or forecast, are not indicative of the future or likely performance of the Fund or the Manager. The value of units in the Fund, and any income accruing to the units from the Fund, may fall as well as rise. Investors should note that their investment is exposed to fluctuations in exchange rates if the base currency of the Fund and/or underlying investment is different from the currency of your investment. Units are not available to US persons. Applications for units of the Fund must be made on the application forms accompanying the prospectus. Investments in unit trusts are not obligations of, deposits in, or guaranteed or insured by First State Investments (Singapore), and are subject to risks, including the possible loss of the principal amount invested. Reference to specific securities (if any) is included for the purpose of illustration only and should not be construed as a recommendation to buy or sell the same. All securities mentioned herein may or may not form part of the holdings of First State Investments' portfolios at a certain point in time, and the holdings may change over time. In the event of discrepancies between the marketing materials and the Prospectus, the Prospectus shall prevail. First State Investments (registration number 53236800B) is a business division of First State Investments (Singapore).

The new abstentionists*Around Bonfire Night 2007 a rocket shook the peak of England's drug treatment structure – someone askedhow many patients ended up drug-free. Clothless as the fabled emperor, 3% was the answer. Bullishengagement and crime reduction claims were dismissed as irrelevant. Scotland had already suffered a similarattack. The new abstentionists were on the march and the statistics seemed to be with them. But their attacksand the defences put up against them were based on questionable assumptions and misinterpreted or just plainmistaken figures. This forensic examination of the claims examines the good and not-so-good to emerge fromthis episode and finds some inspiration for the future.