What drives the 10-year cycle of snowshoe hares?

What Drives the 10-year Cycle of Snowshoe Hares? CHARLES J. KREBS, RUDY BOONSTRA, STAN BOUTIN AND A.R.E. SINCLAIR In 1831 the manager of a Hudson's Bay Company post in northern Ontario wrote to the head office in London.
THE TEN-YEAR CYCLE OF SNOWSHOE The local Ojibway Indians were starving, he reported, becauseof a scarcity of "rabbits," and they were unable to trap for furs HARES—ONE OF THE MOST STRIKING because they spent all their time fishing for food (Winter-halder 1980). These shortages of so-called rabbits, which ap- FEATURES OF THE BOREAL FOREST— parently occurred approximately every 10 years, are regularlymentioned in Canadian historical documents from the 18th IS A PRODUCT OF THE INTERACTION and 19th centuries. Those rabbits were in fact snowshoe hares BETWEEN PREDATION AND FOOD (Lepus americanus), and their 10-year cycle is one of the mostintriguing features of the ecology of the boreal forest.
SUPPLIES, AS LARGE-SCALE Ten-year cycles were first analyzed quantitatively when wildlife biologists began to plot the fur trading records of EXPERIMENTS IN THE YUKON HAVE Hudson's Bay Company during the early 1900s. The Hud-son's Bay Company, established in 1671, kept meticulous records of the numbers of furs traded from different postsspread across Canada. The most famous time series drawntogether from those records was that of Canada lynx (Eltonand Nicholson 1942; Figure 1). The lynx is a specialist preda- over the last 40 years ecologists working in Alberta, the tor of snowshoe hares, and the rise and fall in lynx numbers Yukon Territory, and Alaska have put together an array of mirrors, with a slight time lag, the rise and fall of snowshoe studies that have resolved most, but not all, of the enigmas hare populations across the boreal region.
behind these cycles (Keith 1990, Boutin et al. 1995).
The spectacular cycles of snowshoe hares and their preda- To understand any fluctuating population, one must first tors have captured the attention of biologists as well as his- know in detail the mechanisms of changes in births, deaths, torians. These cycles are highlighted in virtually all ecology and movements that are the proximate causes of the changes texts and are often cited as one of the few examples of in numbers. Before we describe these details, we should Lotka-Volterra predator–prey equations, a simple model note that these 10-year hare cycles tend to occur in synchrony which shows never-ending oscillations in the numbers of across broad regions. Indeed, hares across most of Canada predators and their prey. Cycles seem to violate the implicit and Alaska reached a peak in 1997–1999 during the most re- assumption of many ecologists that there is a balance in na- cent cycle. We explain the reasons behind this synchrony be- ture, and anyone living in the boreal forest would be hard low, but let us note here that movements of hares cannot pressed to recognize a balance among the boom and bust in explain these population changes via immigration or emi- nature's economy. The challenge to biologists has been to un- gration. Movements on a local level might be important, but derstand the mechanisms behind these cycles, which has not at the regional level all populations rise and fall in unison.
been easy. One cycle lasts 10 years, and few PhD students or Population changes must be driven by changes in births researchers wish to take 10 years to obtain n = 1. Fortunately, Charles J. Krebs (e-mail: [email protected]), an ecologist in the Department of Zoology at the University of British Columbia, Vancouver, B.C.
V6T 1Z4, has been studying population cycles for 41 years; A. R. E. Sinclair, also with the Department of Zoology at the University of BritishColumbia, is a population and community ecologist who works extensively in East Africa on ungulate and bird populations and in the Yukon onhare population cycles. Rudy Boonstra, a population biologist in the Division of Life Sciences, University of Toronto, Scarborough, Ontario M1C1A4, is interested in the role of stress in population dynamics of mammals. Stan Boutin is an ecologist in the Department of Biological Sciences,University of Alberta, Edmonton, Alberta T6G 2E9; he has been studying northern mammal populations for 21 years. 2001 American Instituteof Biological Sciences.
January 2001 / Vol. 51 No. 1  BioScience 25 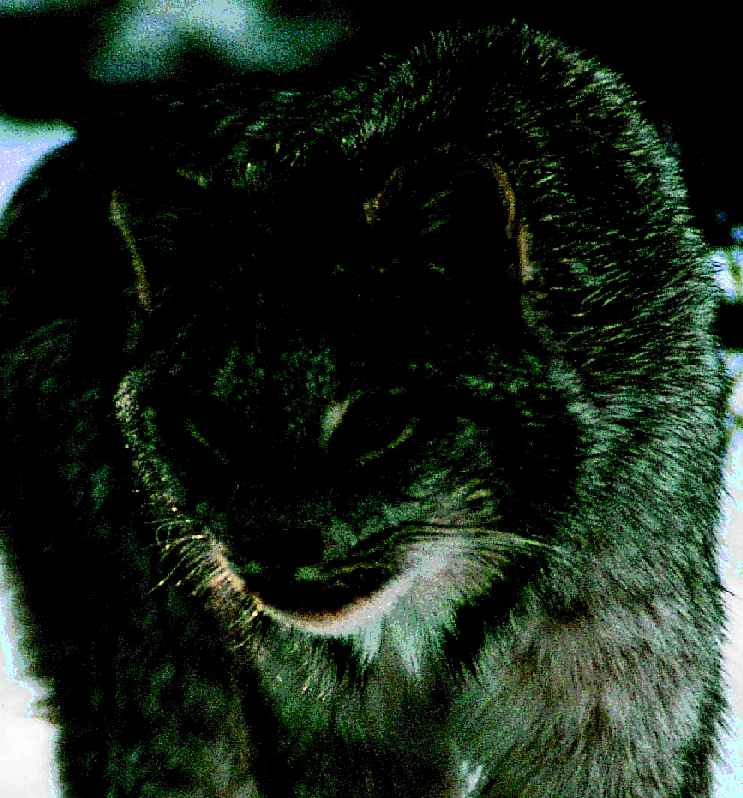 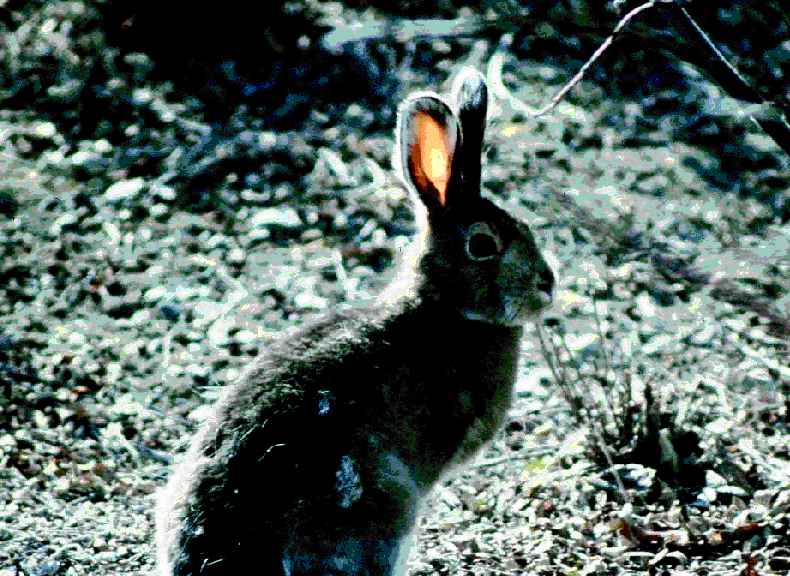 Figure 1. Canada lynx fur returns from the Northern Department of the Hudson's Bay Company from 1821 to 1910. The
Northern Department occupied most of western Canada. The cycle for these data averages 9.6 years. Data are from Elton
and Nicholson (1942). Photo: Mark O'Donoghue.

maintained in a colony at
Vancouver. Individual females were
taken from field populations and
classified by the state of the field
population at the time of initial
capture. For 4 years there were
enough females to compare
simultaneously the population of
females taken from the peak phase
of the cycle with those taken from
the low phase. Low-phase females
maintain a lifetime reproductive
output much greater than peak-
phase females; these lab results
mimic the observed changes in field
populations. Numbers above bars
are numbers of females.
fanticide in hares, and without territoriality and infanti- predation and food supplies, but of these two factors, pre- cide there would seem to be little room for social interactions dation is clearly the dominant process. The impact of food to play a role in population dynamics.
is felt largely in winter and it is mostly indirect. Hares do not Nevertheless, there remain some puzzles. One is the lack usually die directly of starvation or malnutrition—the im- of an explanation for the low phase, which follows the de- mediate cause of death is virtually always predation. But food cline and lasts 2–4 years (Boonstra et al. 1998b). A second quality and quantity affect body condition and in this way puzzle is evidence implicating the role of maternal effects in may predispose hares to predation, increased parasite loads, reproductive performance. Tony Sinclair maintained a lab- and higher levels of chronic stress. These indirect effects of oratory colony of hares for 14 years in Vancouver to test for predation and food are the probable cause of reduced re- impacts of secondary chemicals on food choice. Females were productive output. Hares in peak and declining popula- maintained in individual cages with high-quality food and tions must trade off safety and food, and these behavioral were treated for potential parasites. Hares in captivity reg- tradeoffs define the dynamics of the decline (Hik 1995, ularly live 5–7 years, much longer than they live in nature.
Hodges 2000b). The result is a time lag in both the indirect Therefore the colony at times consisted of a mixture of fe- effects and the direct effects of predation, which causes the males trapped live in the Yukon from peak populations and cyclicity. The low phase of the cycle is the combined result from low populations. Figure 9 compares the reproductive of continuing predation mortality and slowly recovering output in captivity of these two groups of hares (A.R.E.
Sinclair, personal communication, 1999). Hares taken fromlow populations maintained a lifetime reproductive output Synchrony in the hare cycle
more than double that of hares taken from peak populations, Not only do snowshoe hare numbers fluctuate in 10-year cy- suggesting that female hares are already programmed for cles, but these cycles tend to occur in synchrony across their reproductive success early in life, and no matter how much of the boreal forests of Canada and Alaska. Synchrony fine an environment is provided, they cannot change.
is not absolute, however; different regions within Canada can These results are completely serendipitous: This was not drift out of phase. Smith (1983) used questionnaire data on a planned comparison, females could not be matched for age, snowshoe hare abundance from 1931 to 1948 to measure and this reproductive measurement was not the reason the synchrony across Canada (Figure 10). He concluded that colony was maintained. There was no correlation in these there was a large area of cyclic synchrony in northern Man- colony data between the reproductive output of mothers and itoba and Saskatchewan that was 2 years ahead of "average," daughters, suggesting that this effect was not a genetic. A and areas in southern Ontario and Quebec that were up to planned comparison of colony hares should be carried out 2 years later than average for this time period. Populations to see whether the effect can be verified in another popula- in the Yukon were also up to 2 years later than average. In tion. At present, these results must be considered unproven, some sense, the peak of the hare cycle for this time period but tantalizing.
was like a traveling wave in a pond, with the center in the We are now close to understanding the snowshoe hare cy- middle of the boreal forest. The result of this kind of trav- cle. The 10-year cycle is a result of the interaction between eling wave is that synchrony falls off with distance, as shown 32 BioScience  January 2001 / Vol. 51 No. 1 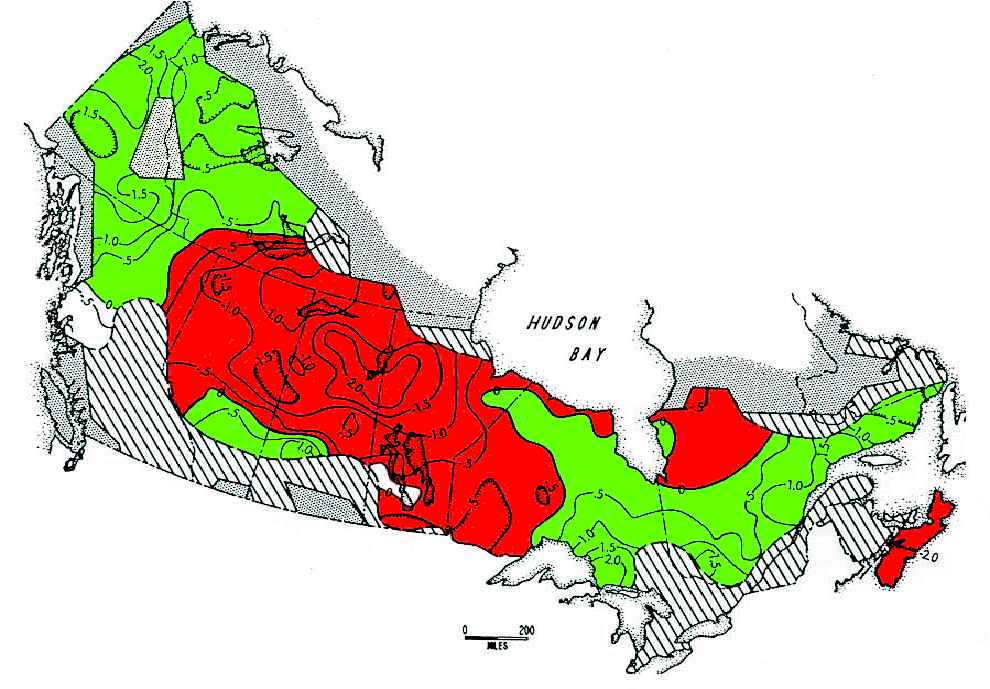