New technology requires great teamwork
Anita Heeg and Glen Blier for Progressive Dairyman
Over the last decade, one of four farms in Canada to milking methods have changed be using the technology along substantially. Where our with its two robotic milking grandparents were milking by systems. Together with its herd hand, we now have the ability veterinarian, Dr. Glen Blier, the to choose between a variety of Heeg family has summarized milking methods – from tiestall some of its experiences with setting, to parlour milking and, Herd Navigator over the as of more recently, robotic past year in the following milking. In addition, our milk quality can be known within a couple days and for some Progesterone serial testing
on-farm technologies, within Progesterone levels, recorded in ng (nanograms When looking into adopting per millilitre), are obtained a new technology on your farm, via online progesterone serial it is always good to identify how testing. A typical progesterone it will help you achieve your graph would show a cow's goals. A veterinarian can be a progesterone level rising and useful resource and a valuable falling within an approximate person on your management 21-day cycle. This allows the team when making changes producer to inseminate as her Heegstee Farms' veterinarian, Dr. Glen Blier (left) and one of the that will affect your herd. progesterone levels drop. Due farm's owners, Sytse Heeg (right) review data provided by the Herd Together, look at where are to the unique online serial Navigator system. The Heeg family and Blier have worked together you at now by comparing your testing in this system, two days to build farm protocols based on test data from this new system. own herd records to previous prior to a cow's physical heat Photo courtesy of Anita Heeg.
years, other producers in the signs a heat detection alarm is area or provincial averages by given, allowing the producer alleviate the problem. This has risk of an embryonic loss.
interpreting DHI records. And to have a better probability resulted in lower drug costs From Blier's perspective, then ask yourself: "Where do to successfully breed her. In in comparison to the previous this presented an opportunity I want to be, and how can I terms of a silent heat – where year. There is no question to change his role on the farm. achieve that goal?" activity is absent – progesterone that both Heegstee Farms Similarly to when veterinarians Heegstee Farms followed levels may still show a peak and Blier feel they are making changed their role from only that process prior to adopting and valley to allow for an better treatment decisions treating sick animals and moved the use of Herd Navigator, insemination. With Blier's with this individual and daily toward "herd health," where one of many new on-farm assistance, Heegstee Farms is information than was achieved reproduction became more of technologies launched in able to look "inside" of the cow with conventional rectal the focus; this is an opportunity the last decade. Originated and see precisely where she to move forward again. By and developed in Denmark is in her cycle and reduce the allowing this system to collect by Lattec and distributed by guesswork. With this level of progesterone levels confirm and do some preliminary DeLaval, this technology is precision, through the system that a pregnancy is reached, interpretation of data, the new unique in that it is an on-farm finding 95 percent of heats, thus reducing the need veterinary role can be more and online serial automated Heegstee Farms has increased to palpate cows, which focused on true overall herd milk sampling laboratory that its pregnancy rate by 10 percent additionally reduces the costs health through co-creating and will evaluate individual cows (calculated by DC305).
related to reproduction. With altering SOPs as needed. It's for mastitis (LDH – lactate To handle cows that show up the cow now pregnant, her very short-sighted to feel that dehydrogenase), reproduction as anestrous or have a luteal or progesterone levels will not if there are no longer rectal (progesterone), metabolic follicular cyst, as determined drop and, therefore, testing palpations to be performed that disorders (BHB – beta- by her progesterone levels, is terminated at 55 days past the veterinary role is no longer hydroxybutyrate) and feed Heegstee Farms and Blier her last insemination. If no protein (urea) by analyzing created appropriate standard drop in progesterone is seen, milk using dry stick technology. operating procedures (SOPs) the system will automatically This helps the farm identify that can be easily followed. determine her "pregnant" at 35 The system starts this individual cows in need of Due to this, specific drugs can days. In fact, it will change her sampling process on day 3 post- special attention. be precisely administered to status internally starting at day calving and identifies ketosis Heegstee Farms, owned and stimulate cycling or remove 24 if no drop in progesterone is cases very early such that operated by Sjoerd and Rinske the cysts. It reduces guesswork seen – but does not present the Blier's suggested treatments Heeg, along with their son, or blindly starting an Ovsynch change in status to the farmer Sytse, and his wife, Anita, is in the hopes that it will until day 35 due to the increased Continued on back page PO Box 585 • Jerome, ID 83338-0585 • 208.324.7513 or 800.320.1424 • Fax 208.324.1133 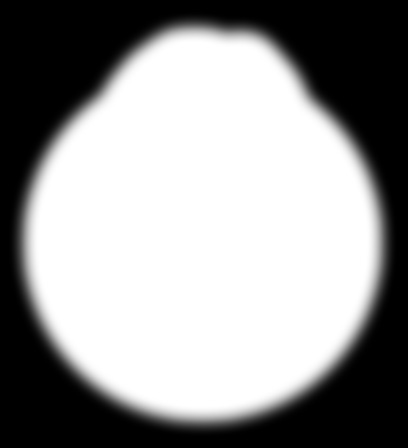 Heegstee Farms and its herd veterinarian Dr. Glen Blier have developed protocols based on Herd Navigator alarms similar to the example insemination protocol shown here. These protocols can be written into the software so when an alarm is triggered an automatic action is generated and displayed on a list of cows needing attention.
New technology requires great teamwork, cont'd from front page are usually limited to oral Udder health
and treat each case with a a comfort has been reached administration of glycol with The composite sample precise treatment based on with the system's decisions and a short duration of treatment, is tested for LDH, which is the organism present. For this follow-through of the created thus reducing drug costs. released when cells in the udder project Heegstee Farms uses Interestingly, the system are damaged after infection. the Maritime Quality Milk will show either a decrease This allows for earlier detection treatment decision kit as an Glen Blier is a veterinarian with in ketones followed by a rise of mastitis when no visual easy-to-use on-farm culture the New Hamburg Veterinary in milk or a continued rise in signs are shown by the cow by system. Additional sub- Clinic. He can be reached at ketones. Based on the system's obtaining a milk sample. In culturing is done on the gram- feedback, Blier suggests how contrast, in the per-acute toxic positive cases to determine if treatments can be altered. This cases where production drops to Staph. aureus was the causative will help reduce the potential a negligible amount, detection agent. This new process and need for surgery for displaced of LDH becomes more difficult. protocol has resulted in abomasums as a possible result In less severe gram-negative improved bulk tank SCC of cases (E. coli, Klebsiella) and an already good SCC average. In addition, ketosis has gram-positive cases (Strep or Drug costs have also lowered a negative influence on Staph infections), the levels due to the ability to target each Reprinted from Sept. 1, 2012
reproduction in dairy cattle by usually rise 48 to 72 hours mastitis case specifically on the delaying the number of days prior to the onset of clinical organism found.
until she ovulates good-quality signs, allowing Heegstee Farms eggs. Due to the automatic to proceed with treatments sampling from day 3, the need early and reducing milk yield Although the urea sampling to chase after a fresh cow to losses that may have occurred and recording is currently the perform a test is eliminated. with later treatment. As these least-used item of this system at The SOPs are therefore based on less severe (subclinical) cases Heegstee Farms, it does reflect system alarms, not visual signs accounted for 90 percent of the the energy and protein balance or the use of olfactory.
mastitis in this herd, it became of the feed ration. Samples are The single-most frustrating a very useful tool in planning taken and alarms are based on a problem on a farm is finding and implementing treatment seven-day rolling average. Feed the cow that needs treatment changes can be made and the early and easily. From Blier's The system does not farm can set a specific lower and perspective, this is the best way identify the infected quarter. upper limit for the urea alarms.
to help prevent post-partum To determine which quarter to Along with new technology disease. When these issues are sample, Heegstee Farms uses comes a learning curve. For looked after early, more milk the Delpro MDI (combination both Heegstee Farms and Blier, is put in the tank. At Heegstee of conductivity and colour this has meant learning to trust Farms, it has resulted in fewer change for each quarter) and this system, understanding displaced abomasums, a DeLaval Direct Cell Counter the graphs and alerts and Dairy Specialist – Al tech decrease in ketosis treatment creating SOPs specifically for costs and, as the DHI results The lead time between the herd. After working with it show, a more consistent and alerts and clinical signs gives for nearly one year, both Blier higher standard milk average. an opportunity to culture and Heegstee Farms feel that PO Box 585 • Jerome, ID 83338-0585 • 208.324.7513 or 800.320.1424 • Fax 208.324.1133

An Evolutionary Analysis of Pre-Play Communication and Efficiency in Games Kenichi Amaya∗ November 17, 2004 This paper studies the effects of pre-play communication on equi- librium selection in 2 × 2 symmetric coordination games. The playersrepeatedly play a coordination game preceded by an opportunity toexchange payoff irrelevant messages and gradually adjust their behav-ior. In short run, the players' access to the actions of the coordinationgame may be restricted. While the players can revise the set of acces-sible actions only occasionally, they frequently adjust their behaviorin the cheap-talk game, taking the set of currently available actions asgiven. We obtain an efficient-equilibrium-selection result if the under-lying coordination game satisfies the self-signalling condition. On theother hand, if the game is not self-signalling, both the efficient andthe inefficient equilibrium outcomes are stable.