Los Teques MeTro
venezuela invests in
rePAr: buiLding 8 refinery
uniTs AT once
brAskeM rAises funds
wiTh MegA deAL
ciTy of sALvAdor geTs
second MArine ouTfALL
[ TEO ] Odebrecht Entrepreneurial Technology
"Everything we have built will only maintain its value if,
and as long as, it is committed to the construction of the future - a future we must visualize by capably identifying the trends with which we must interact proactively. In other words, we must anticipate their impact and change them when necessary to suit our objectives and follow the path set by our Shareholders." Dear reader,
The year 2008 began in an atmosphere of uncertainty, with signs of trouble ahead. And it came, resulting in a global economic meltdown in the second half of the year. But there was good news as well. Braving that climate of fear and uncertainty, Braskem successfully concluded two deals to extend the USD 1.2-billion loan obtained the previous year to acquire the Ipiranga Group's petrochemicals assets. The company achieved this feat because it had won the trust of Brazilian and international investors and major banks that were familiar with Braskem's track record. Both operations have received a major accolade – Latin Finance magazine's Deal of the Year award.
The Braskem financial team's efforts were rewarded and recognized because, from the very start, they were confident that difficult times could be overcome with audacity, competence and credibility. This mindset is not only prevalent at Braskem but throughout the Odebrecht Group. And this is how the organization will continue growing in the situations that are currently arising in several different countries and impacting the entire world in increasingly unpredictable ways. The Group's overarching aim remains the same: providing more and better service to its clients, wherever they may be, and whatever they may require. Clients like Petrobras, which is carrying out an extensive project to retrofit and expand the production capacity of its Presidente Getúlio Vargas Refinery in the state of Paraná, building eight new industrial units at once. Petrobras is doing what needs to be done for Brazil, and Odebrecht takes great pride in being part of that effort.
When placing their expertise, experience and spirit of service at their clients' disposal, engineering and construction contractors also have the crucial mission of collaborating with national development initiatives. In Venezuela, Odebrecht's teams are doing just that by participating in the construction of the Los Teques Metro system in the populous Altos Mirandinos area. Line 1 officially opened in November, symbolizing the Venezuelan people's determination to improve their mass transit infrastructure. Line 2 is currently under construction, reaffirming that resolve.
As 2009 begins, the global economy is still going through a period of uncertainty and doubt. But nations must keep growing, because the people who live in and build those countries have dreams to fulfill and lives to live. As long as there are people who are dedicated to making those dreams come true, life on this planet will continue to prevail, with all its power and fascination. Odebrecht Informa wishes all its readers a happy 2009.
odebrecht informa [ 1 ]

[ thoughts ]
"My father taught me and my siblings that work is man's mission on earth, and that knowledge is the only treasure you can share with others without being the poorer for it." responsible for corporate communication at odebrecht s.a.
José Henrique Steckelberg (OI-139) – 2008
Márcio Polidoro responsible for editorial programs at odebrecht S.A.
Karolina Gutiez "Working with clients, joint-venture "We believe it is perfectly possible to business area coodinators partners and vast numbers of contractors, combine productivity and environmental Marco Antônio Antunes Pereira users and the community in general preservation without increasing the costs engineering & construction and provides an opportunity to put the of a business venture, as long as the Odebrecht Entrepreneurial Technology environmental issues are included in the Nelson Letaif chemicals & petrochemicals into practice, and ensure the client's project planning and form part of the Miucha Andrade satisfaction in the broadest sense." Action Programs of everyone involved." sugar, ethanol and bioenergy Carlos Fernando Anastácio (OI-38) – 1986 Wolney Longhini (OI-78) – 1996 editorial coordination Versal Editores "A country – a living organism – is as "We export intelligence, and at the strong as its small, medium-sized and same time, we take Brazil's culture to José Enrique Barreiro large businesses. Companies and groups the countries in which we operate. of companies are only as productive as the Because we work on long-term projects, Cláudio Lovato Filho knowledge, expertise and skills of the we eventually become an integral part english translation by people who comprise them." of our local communities. This capacity H. Sabrina Gledhill Norberto Odebrecht (OI-87) –1998 for interaction is what sets Brazilians apart – it is a competence that results "Every project must be consistently from the fact that Brazil is a art graphic production Rogério Nunes managed, and that is only achieved when multicultural country." the company that manages that project Roberto Dias (OI-112) – 2004 Adilson Secco has assimilated the client's idea and electronic publishing ensures that it is carried out. That way, Maria Celia Olivieri work will flow more productively, with Juliana Olivieri pre-press/printing by Antonio Pires (OI-103) – 2002 Originally published in The reflecTions of odebrechT members, former members, parTners and clienTs, Also available in Spanish. published in previous issues of Odebrecht InfOrma magazine.
An in-house publication of the Odebrecht Group. >> Visit odebrechtonline.com.br << Published by Odebrecht S.A.
Printing: 2,100 copies > VIDEOS: Interview with Benedicto Jr., CNO Vice President for Infrastructure in Brazil
editorial offices > PRINT EDITION: Read issue no. 140 (January/February 2009) in full
Rua Deputado Lacerda Franco, > BACK ISSUES AND SPECIAL ISSUES: PDF and online files since issue no. 113 (May/June 2004)
300 – Sala 128 – Pinheiros > SPECIAL SITES: View online archives, including Odebrecht S.A. Annual Report since 2002, Odebrecht Group Annual
Meeting since 2003 and milestone publications (60 years of the Odebrecht Group, 40 Years of the Odebrecht
São Paulo/SP – Brazil Foundation and 10 Years of Odeprev).
Tel.: +55 11 [email protected] > PARTNER-REPORTERS: Read the guidelines and send us a video on your business.
> In November and December 2008, the Odebrecht Informa Online website received 51,044 visitors. Source: Locaweb.
We would like to thank everyone who contributed to this issue [ 2 ] odebrecht informa 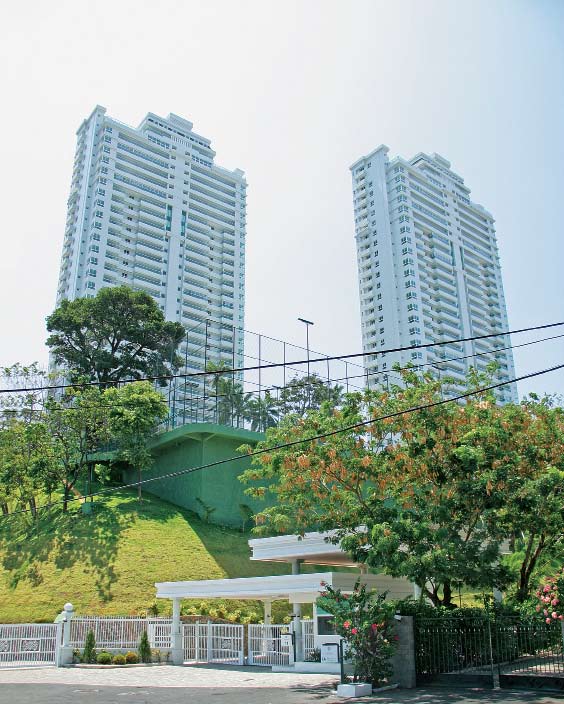