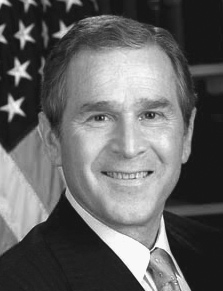 Volume 20 • Number 2
March - April 2006
President
Report from the Hill
Submits 2007 As we reported in our last nel. As a result, patients were forced to
Advocate, the Department of use the more expensive private sector VA Budget
Defense has proposed signifi- medical providers. One part of the cant increases in TRICARE fees and analysis that is missing in this entire has imposed premiums for TRICARE discussion is a determination of the Standard for the first time in history. You proper proportion of contract-care to can see from the accompanying chart direct-care in MTFs. erans Affairs R. that the premiums and copays represent The problem with increasing care in major out of pocket expenses to retirees. the private sector is that it increases the Also, for the first time in the history military medical budget. The cuts were of the TRICARE Standard program made despite the fact that study after will seek a record or its predecessor -- CHAMPUS, study over a period of years showed $80.6 billion in up-front premiums would be im- that medical care can be delivered in posed on the Standard program. This MTFs at much less cost than buying 2007 budget for the Department of proposal has been sent to Congress the care from the private sector. Some Veterans Affairs (VA), with the over- where it will be considered by the studies showed that the savings were whelming majority of these resources Armed Services Committees in both more than 30 per cent. targeted for health care and disability houses and if passed, would be effec- Another problem with disman- compensation. The FY ‘07 proposal tive on 1 October 2006 (see chart on tling the direct care part of the Mili- represents an increase of $8.8 billion, tary Health System is that by reducing or 12.2 percent, above the budget for The White House Office of the number of major teaching hospi- Management and Budget (OMB) is tals and reducing the size and variety of "Veterans are a priority. That's why driving this issue by forcing budget Graduate Medical Education programs, the President is proposing this historic cuts on the military health system. It the programs that attract and keep top budget with a landmark increase to is truly outrageous to reduce benefits quality young doctors, nurses and other continue the best health care and vital during wartime when other options are medical professionals in the military benefits to those veterans who count on available and in this case, DoD poli- services are thereby also reduced. In VA the most," Nicholson said. "With cies of the past have helped create the addition, the shortage of medical the support of Congress, we can budget problem in the first place.
professionals has serious implications take care of the needs of our newest When the cold war ended, it made in time of war. For example, I spoke generation of combat veterans, while sense to deactivate combat units and recently with the commander of a major honoring our commitment to veterans air and naval forces as well as the forces hospital who stated that because of the of earlier eras." supporting them. Medical forces were small number of physicians in certain The FY '07 budget proposal calls reduced as well. However, the need for specialties, their frequent deployments for $38.5 billion in discretionary medical support did not drop as dramat- are causing many of them to leave the funding -- mostly for health care. This ically as the need for heavy armor, service. And of course, the fewer the budget contains the largest increase mechanised infantry, fighters, bombers, doctors the worse the problem. Over in discretionary funding for VA ever naval forces and other combat forces. time, this will have a negative impact requested by a President. For health In addition, Base Realignment and on the quality of doctors serving. care alone, the President's request is Closure Commissions were employed With constraints on the budget and an increase of $3.5 billion (or more to recommend closure of hundreds of end strength, military service chiefs than 11 percent) over the FY '06 bases including the closures of Military are faced with making tough choices level. The budget proposal also would Treatment Facilities (MTFs) and between the need for warfighters and further reductions in medical person- continued on page 3 continued on page 6 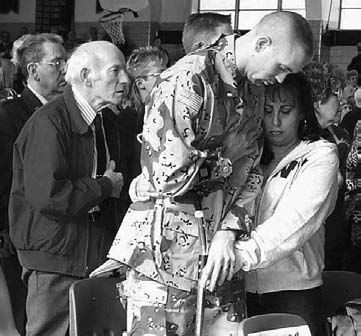 Headache can be classified into two broad categories: primary and secondary. Primary headaches include cluster and tension headaches. Secondary headaches are triggered by an underlying disorder – such as infection, injury or a Headaches can have more than one contributing factor the muscles and skin of the head, neck and shoulders