EPIDEMIOLOGY SERIES Blinding in randomised trials: hiding who got what Kenneth F Schulz, David A Grimes Blinding embodies a rich history spanning over two centuries. Most researchers worldwide understand blindingterminology, but confusion lurks beyond a general comprehension. Terms such as single blind, double blind, and tripleblind mean different things to different people. Moreover, many medical researchers confuse blinding with allocationconcealment. Such confusion indicates misunderstandings of both. The term blinding refers to keeping trialparticipants, investigators (usually health-care providers), or assessors (those collecting outcome data) unaware ofthe assigned intervention, so that they will not be influenced by that knowledge. Blinding usually reduces differentialassessment of outcomes (information bias), but can also improve compliance and retention of trial participants whilereducing biased supplemental care or treatment (sometimes called co-intervention). Many investigators and readersnaively consider a randomised trial as high quality simply because it is double blind, as if double-blinding is the sinequa non of a randomised controlled trial. Although double blinding (blinding investigators, participants, and outcomeassessors) indicates a strong design, trials that are not double blinded should not automatically be deemed inferior.
Rather than solely relying on terminology like double blinding, researchers should explicitly state who was blinded,and how. We recommend placing greater credence in results when investigators at least blind outcome assessments,except with objective outcomes, such as death, which leave little room for bias. If investigators properly report theirblinding efforts, readers can judge them. Unfortunately, many articles do not contain proper reporting. If an article claims blinding without any accompanying clarification, readers should remain sceptical about its effect on bias reduction.
The rich history of blinding in clinical trials spans a couple received.3 Participants who know that they have been of centuries.1 Most researchers worldwide appreciate its assigned to a group who will receive a new treatment meaning. Unfortunately, beyond that general appreciation might harbour favourable expectations or increased lurks confusion. Terms such as single-blind, double-blind, apprehension. Those assigned to standard treatment, and triple-blind mean different things to different people.2 however, might feel deprived or relieved. Despite evidence Moreover, many medical researchers confuse the term to suggest that new treatments are as likely to be worse as blinding with allocation concealment. The fact that such they are to be better than standard treatments,6 confusion arises suggests that both terms are participants probably assume that new treatments will be misunderstood. Clear theoretical and practical differences better than standard treatments—new means improved.
separate the two. Blinding prevents ascertainment bias In any case, knowledge of the intervention received, and and protects the sequence after allocation.3,4 By contrast, perceptions of that treatment, can affect the psychological researchers use methods of allocation concealment or physical responses of the participants. Knowledge of primarily to prevent selection bias and to protect an treatment allocation can also affect compliance and assignment sequence before and until allocation.
retention of trial participants (panel 1).
Furthermore, in some trials, blinding cannot be Blinding investigators—those who contribute to a successfully implemented, whereas allocation conceal- broadly defined trial team including, but not limited to, ment can always be successfully implemented.4,5 trial designers, participant enrollers, randomisation Blinding represents an important, distinct aspect of implementors, health-care providers, intervention randomised controlled trials.3 The term blinding refers to counsellors, and routine data collectors—is also keeping trial participants, investigators (usually health- important.3 Investigators especially pertinent to blinding care providers), or assessors (those collecting outcome include health-care providers (such as an attending data) unaware of an assigned intervention, so that they are physician or nurse) and intervention counsellors—eg, not influenced by that knowledge. Blinding prevents bias someone who delivers a behavioural prevention message— at several stages of a trial, although its relevance varies who might interact with the participants throughout the according to circumstance. Although initial forays into trial. If investigators are not blinded, their attitudes for or blinding might have used a blindfold,1 the processes have against an intervention can be directly transferred to now become much more elaborate. In this article, we participants.7 Their inclinations could also be manifested focus on the attributes and benefits of blinding. in differential use of ancillary interventions ofsupplemental care or treatment (co-interventions), Potential effects of blinding differential decisions to withdraw participants from a trial, If participants are not blinded, knowledge of group or differential adjustments to the medication dose assignment can affect responses to the intervention (panel 1). Investigators might also encourage ordiscourage continuation in a trial on the basis of Lancet 2002; 359: 696–700 knowledge of the intervention group assignment. Perhaps most importantly, blinding helps to reduce Family Health International, PO Box 13950, Research Triangle differential assessment of outcomes (often called Park, NC 27709, USA (K F Schulz PhD, D A Grimes MD) information or ascertainment bias) (panel 1). For Correspondence to: Dr Kenneth F Schulz example, if outcome assessors who know of the treatment allocation believe a new intervention is better than an old THE LANCET • Vol 359 • February 23, 2002 • www.thelancet.com For personal use. Only reproduce with permission from The Lancet Publishing Group. 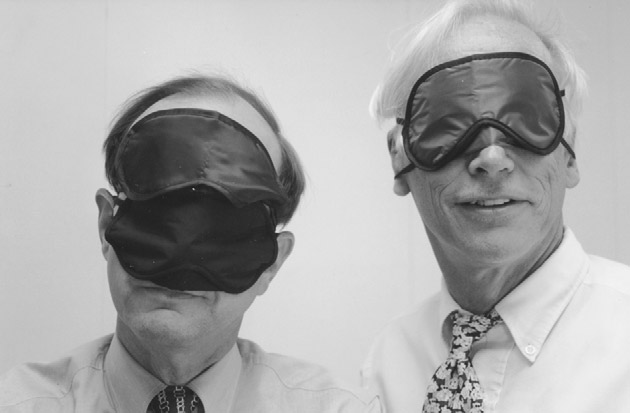 EPIDEMIOLOGY SERIES Panel 1: Potential benefits accruing dependent on those individuals successfully blinded Individuals blinded Potential benefits Less likely to have biased psychological or physical responses to interventionMore likely to comply with trial regimensLess likely to seek additional adjunct interventionsLess likely to leave trial without providing outcome data, leading to lost to follow-up Less likely to transfer their inclinations or attitudes to participants Less likely to differentially administer co-interventionsLess likely to differentially adjust doseLess likely to differentially withdraw participantsLess likely to differentially encourage or discourage participants to continue trial Less likely to have biases affect their outcome assessments, especially with subjective outcomes of interest one they could register more generous responses to that not define double-blind trials consistently, in particular, intervention. Indeed, in a placebo-controlled trial in but they make matters worse by frequently failing to patients with multiple sclerosis8 the unblinded, but not the report their definitions clearly in their articles. Building on blinded, neurologists' assessments showed an apparent the original blindfolding efforts,1 and the once common benefit of the intervention. double blindfold terminology,12 we further obfuscate by Subjective outcomes—eg, pain scores—present great offering additional definitions of single and double opportunities for bias.3 Furthermore, some outcomes blinding (figure 1). More seriously, when we use double- judged objective can be fraught with subjectivity, for blind or its derivatives in this article, we mean that steps example, salpingitis. In general, though, blinding becomes have been taken to blind participants, investigators, and less important to reduce observer bias as the outcomes assessors to group assignments. In reporting randomised become less subjective, since objective (hard) outcomes controlled trials, we urge researchers to explicitly state leave little opportunity for bias. Knowledge of the what steps they took to keep whom blinded. intervention would not greatly affect measurement of a Sparse reporting on blinding, however, is common.
hard outcome, such as death.
Many investigators neglect to report whether or not theirtrial was blinded. For example, reports of 51% of 506 Lexicon of blinding trials in cystic fibrosis,13 33% of 196 trials in rheumatoid Non-blinded (open or open label) denotes trials in which arthritis,14 and 38% of 68 trials in dermatology15 did not everyone involved knows who has received which state whether blinding was used. When researchers have interventions throughout the trial. Blinding (masking) reported their study as double-blind, they frequently have indicates that knowledge of the intervention assignments not provided much further clarification.14,16—18 For example, is hidden from participants, trial investigators, or of 31 double-blind trials in obstetrics and gynecology, only 14 (45%) reports indicated the similarity of the The terminology single blind usually means that one of treatment and control regimens (for example, appearance, the three categories of individuals (normally participant taste, administration) and only 5 (16%) provided rather than investigator) remains unaware of intervention statements to indicate that blinding was successful.18 assignments throughout the trial.9 A single-blind trialmight also, confusingly, mean that the participant and Masking or blinding investigator both know the intervention, but that the Some people prefer the term masking to blinding to assessor remains unaware of it. describe the same procedure. Masking might be more In a double-blind trial, participants, investigators, and appropriate in trials that involve participants who have assessors usually all remain unaware of the intervention impaired vision, and could be less confusing in trials in assignments throughout the trial.3 In view of the fact that which blindness is an outcome.3 Blinding, however, three groups are kept ignorant, the terminology double conveys a strong bias prevention message. Apparently, blind is sometimes misleading. In medical research, blinding terminology emerged when Benjamin Franklin however, an investigator frequently also assesses, so in this and colleagues19 actually blindfolded participants to shield instance the terminology accurately refers to two them from knowledge in their assessments of the Triple blind usually means a double-blind trial that also maintains a blind data analysis.10 Some investigators,however, denote trials as triple-blind if investigators andassessors are distinct people and both, as well asparticipants, remain unaware of assignments.
Investigators rarely use quadruple blind, but those that douse the term to denote blinding of participants,investigators, assessors, and data analysts.11 quintuple blind must mean that the allocation schedulehas been lost and nobody knows anything. Contrary toMae West's claim that "too much of a good thing can bewonderful", such is not always the case in blinding.
Confused terminology of single, double, and triple blinding permeates the literature,3 textbooks, and journal articles all offering differentinterpretations and definitions.2 Not only do investigators Figure 1: The authors: double blinded versus single blinded THE LANCET • Vol 359 • February 23, 2002 • www.thelancet.com For personal use. Only reproduce with permission from The Lancet Publishing Group. 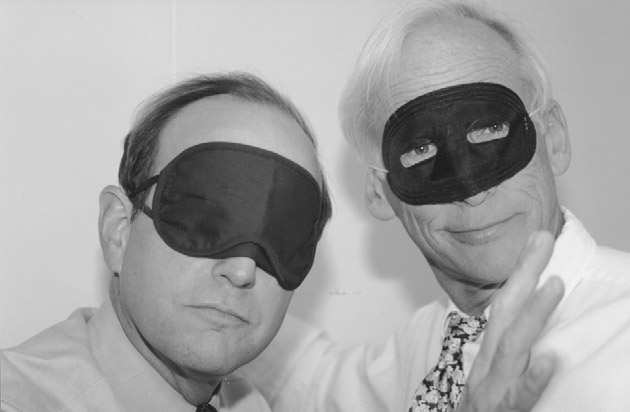 A newsletter for Michigan State University Retirees LANSING AREA LOCAL EDITION April 2011 MSURA Annual Meeting MSURA Annual Meeting & Volunteer Award Luncheon Monday, May 9, 2011, Kellogg Center Big Ten Room C MICHAEL PATRICK SHIEL HEADLINES MAY BANQUET Author, Producer, Golfing, Celebrity Cozier & Advisor at the Kellogg Wow, what a treat awaits MSU retirees at noon on the 9th of May. Shiels was thelast producer for the J.P. McCarthy morning show on WJR-Detroit and produced atribute CD for J.P. that raised $500,000 for leukemia research. He has writtenwidely on a number of subjects, including golf course architecture and architects;on playing that fractious game (Golf's Short Game for Dummies); his travelarticles have been published in a number of magazines (Golf Digest, BusinessTraveler and others); and he has produced TV segments for ESPN, Golf Network,USA Network & CBS Sports. He even has a book out that tells you how to cozy up