The evolving threat of antimicrobial resistance Options for action World Health Organization
20 Avenue Appia
CH - 1211 Geneva 27
Switzerland
Tel: +41 (0) 22 791 50 60
ISBN 978 92 4 150318 1 WHO Library Cataloguing-in-Publication Data
The evolving threat of antimicrobial resistance: options for action.
1.Anti-infective agents - adverse effects. 2.Drug resistance, microbial - drug effects. 3.Anti-bacterial agents - administration and dosage. 4.Drug utilization. 5.Health policy. I.World Health Organization. ISBN 978 92 4 150318 1 (NLM classifi cation: QV 250) World Health Organization 2012
All rights reserved. Publications of the World Health Organization are available on the WHO web site (www.
who.int) or can be purchased from WHO Press, World Health Organization, 20 Avenue Appia, 1211 Geneva 27, Switzerland (tel.: +41 22 791 3264; fax: +41 22 791 4857; e-mail: [email protected]). Requests for permission to reproduce or translate WHO publications – whether for sale or for noncommercial distribution – should be addressed to WHO Press through the WHO web site (http://www.who.int/about/licensing/copyright_form/en/index.html).
The designations employed and the presentation of the material in this publication do not imply the expression of any opinion whatsoever on the part of the World Health Organization concerning the legal status of any country, territory, city or area or of its authorities, or concerning the delimitation of its frontiers or boundaries. Dotted lines on maps represent approximate border lines for which there may not yet be full agreement.
The mention of specifi c companies or of certain manufacturers' products does not imply that they are endorsed or recommended by the World Health Organization in preference to others of a similar nature that are not mentioned. Errors and omissions excepted, the names of proprietary products are distinguished by initial capital letters.
All reasonable precautions have been taken by the World Health Organization to verify the information contained in this publication. However, the published material is being distributed without warranty of any kind, either expressed or implied. The responsibility for the interpretation and use of the material lies with the reader. In no event shall the World Health Organization be liable for damages arising from its use.
Design by GPS PUBLISHING, France.
This publication has been produced by the WHO Patient Safety Programme as part of its solid commitment topromoting safer care worldwide. It is the result of an international consultation process started in 2008, which gathered input from over 50 international experts in the fi eld of antimicrobial resistance.
Coordinated by WHO, under the auspices of Sir Liam Donaldson, WHO Envoy for Patient Safety, with the leadership and expert advice of David Heymann, Chairman of the Health Protection Agency, UK, and Didier Pittet, Director of the Infection Control Programme, University of Geneva Hospitals, Switzerland, world experts worked for over two years on fi ve main technical areas, which are central to the AMR problem, in order to provide the best evidence and the appraisal of experiences that form the core of this book.
The WHO Patient Safety Programme is indebted to the international experts who contributed to this process.
A full list of contributors is provided at the end of the book. The working group leads and main authors wereFrank M. Aaerestrup, Technical University of Denmark; Awa Aidara-Kane, World Health Organization; Otto Cars and Andreas Heddini, both at Action on Antibiotic Resistance (ReAct), Sweden; Shaoyu Chang and Anthony So, at Duke University, USA; Barry Cookson, at the Health Protection Agency, UK; Petra Gastmeier at Charité University Hospital, Germany; Lindsay Grayson at the University of Melbourne, Australia; Hajo Grundmann, at the National Institute for Public Health and the Environment, The Netherlands; Stuart Levy, from Tufts University School of Medicine, USA; Thomas F O'Brien and John M Stelling, at Brigham and Women's Hospital, USA; and Wing-Hong Seto, from Queen Mary Hospital, Hong Kong SAR, China. The working groups comprised specialists in AMR who together brought their knowledge and understanding of the risks and challenges in the fi ght against AMR and of the most effective interventions to tackle the problem.
Thanks are due to the following WHO Patient Safety Programme staff: Elizabeth Mathai for her lead in harmonizing and editing the contributions of the different experts and Gerald Dziekan who as well as editing, steered and coordinated the development process from consultation to fi nalization. The programme's Coordinator, Itziar Larizgoitia Jauregui, its Director, Najeeb Al-Shorbaji, and Assistant Director-General, Marie-Paule Kieny, provided overall supervision of the project.
Thanks are also due to the WHO technical teams and international experts who developed the 2001 WHO Global Strategy for Containment of Antimicrobial Resistance, and the 2011 World Health Day policy briefs, led by Mario Raviglione, Director of Stop TB, and Hiroki Nakatani, Assistant Director-General, and the Stop TB Team, as well as to those who reviewed the various drafts.
The fi nancial contribution of the Swedish International Development Cooperation Agency (SIDA) throughAction on Antibiotic Resistance (ReAct), Uppsala, Sweden towards design of this publication is gratefully acknowledged.

Antimicrobial resistance (AMR) is not a recent phenomenon, but it is a critical health issue today. Over several decades, to varying degrees, bacteria causing common infections have developed resistance to each new antibiotic, and AMR has evolved to become a worldwide health threat. With a dearth of new antibiotics coming to market, the need for action to avert a developing global crisis in health care is increasingly urgent. In addition to a substantial fi nancial burden that national health-care budgets can ill afford, AMR has economic consequences far beyond the health sector, such as damaging repercussions on international travel and trade resulting from the cross-border spread of resistant infections. The cost of not acting against AMR needs to be considered when deciding resource allocation and assessing interventions. We know how and why AMR develops, what factors favour its emergence and spread, and what measures can be taken to limit it. Why then are we now facing an impending crisis in the treatment of many infections? This book describes the context of the problem, some of the progress made in recent years to tackle it, and what more should be done. Without question, more information and new tools are needed, but available strategies and interventions can go a long way towards minimizing the scale and impact of AMR, and maximizing the effective lifespan of existing antibiotics. Much more could be achieved by better and more widespread application of these measures, and there are many promising opportunities for innovation in this area. Infections which are increasingly resistant to antibiotics together account for a heavy disease burden, often affecting developing countries disproportionately. The use of vast quantities of antibiotics in food-producing animals adds another dimension to a complex situation. Several sectors and services are involved and each, from public health to animal husbandry, has an important role to play in counteracting AMR. Responsibility needs to be shared, and coordination of the separate necessary inputs requires determined leadership, additional resources, and solid commitment at many levels. The World Health Organization (WHO) has long recognized AMR as a growing global health threat, and the World Health Assembly, through several resolutions over two decades, has called upon Member States and the international community to take measures to curtail the emergence and spread of AMR. The WHO Global Strategy for Containment of Antimicrobial Resistance, published in 2001, set out a comprehensive set of recommendations for AMR control which remain valid today. This book examines the experiences with implementing some of those recommendations ten years on, the lessons learnt along the way and the remaining gaps. On World Heath Day 2011, WHO again highlighted AMR and urged countries to commit to a comprehensive fi nanced national plan to combat AMR, engaging all principal stakeholders including civil society.
I am pleased to present this book during the campaign year chosen by WHO for special emphasis on the importance of AMR. It testifi es to the Organization's commitment to promoting and facilitating global action to contain AMR and ensuring that effective antibiotics will be available worldwide in the future. Dr Marie-Paule Kieny
Assistant Director-General
Innovation, Information, Evidence and Research
World Health Organization
WHO Advisory Group on Integrated Surveillance of Antimicrobial Resistance Advanced Market Commitment African Network for Drugs and Diagnostics Innovation Asian Network of Surveillance of Resistant Pathogens Alliance for the Prudent Use of Antibiotics Antimicrobial Resistance in the Mediterranean Centers for Disease Control Canadian Integrated Programme for Antimicrobial Resistance Surveillance Clinical and Laboratory Standards Institute Canadian Nosocomial Infection Surveillance Programme Council of Scientifi c and Industrial Research Defi ned Daily Doses Daily Doses per 1000 inhabitants per day Drug Regulatory Agencies Diagnosis Related Group EARS-Net
European Antimicrobial Resistance Surveillance Network European Centre for Disease Prevention and Control Essential Medicines List WHO Regional Offi ce for the Eastern Mediterranean External Quality Assurance ESAC-Net
European Surveillance of Antimicrobial Consumption Network European Committee on Antimicrobial Susceptibility Testing Food and Agriculture Organization Food and Drug Administration Foundation for Innovative New Diagnostics Global Alliance for Vaccines and Immunization Global Foodborne Infections Network Global Laboratory Initiative Good Manufacturing Practice Hazard Analysis and Critical Control Point Health care-Associated Infection Hospitals in Europe Linked for Infection Control through Surveillance Hand Hygiene Culture-change Pilot Programme Immunodefi ciency Virus HIVResNet
Global HIV Drug Resistance Network Human Papilloma Virus Individual Case Safety Reports Integrated Disease Surveillance and Response Innovative Medicines Initiative Intercontinental Marketing Services International Nosocomial Infection Control Consortium Infection Prevention and Control International Surveillance of Reservoirs of Antibiotic Resistance Light Emitting Diode Multidrug-resistant Tuberculosis Ministry of Health Methicillin-resistant Staphylococcus aureus Methicillin-sensitive Staphylococcus aureus Meropenem Yearly Susceptibility Test Information Collection National Antimicrobial Utilization Surveillance Program National Center for Advancing Translational Sciences New Delhi Metallo-beta-lactamase National External Quality Assurance Scheme Nongovernmental National Institutes of Health World Organisation for Animal Health Open Source Drug Discovery Over the Counter Pan American Health Organization Program for Appropriate Technology in Health Polymerase Chain Reaction Product Development Partnerships Point Prevalence Survey Research and Development Action on Antibiotic Resistance Red Latinoamericana de Vigilancia a las Resistencias Antimicrobianas Self-medication with Antibiotics and Resistance Levels in Europe South-East Asia Region Swedish International Development Cooperation Agency Staphylococcus Reference Laboratory Swedish Strategic Programme against Antibiotic Resistance Transatlantic Task Force on Antimicrobial Resistance Research and Training in Tropical Diseases Target Product Profi le Uppsala Monitoring Centre International facility for the purchase of drugs against HIV/AIDS, Malaria and Tuberculosis Vancomycin-resistant World Health Organization WHO Regional Offi ce for the Western Pacifi c Extensively Drug-resistance Tuberculosis Chapter 1 - The evolving threat of antimicrobial resistance - Introduction
Chapter 2 - Surveillance to track antimicrobial use and resistance in bacteria
Chapter 3 - Measures to ensure better use of antibiotics
Chapter 4 - Reducing antimicrobial use in animal husbandry
Chapter 5 - Infection prevention and control in health-care facilities
Chapter 6 - Fostering innovation to combat antimicrobial resistance
Chapter 7 - The way forward: political commitment to enable options for action
References
Appendices
Appendix 1: List of 2001 WHO Global Strategy for Containment of Antimicrobial
Resistance recommendations
Appendix 2: List of 2011 WHO World Health Day six-point policy briefs
List of authors, contributors, reviewers and participants in consultation 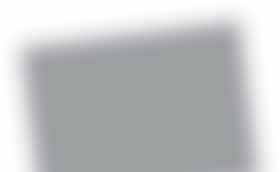 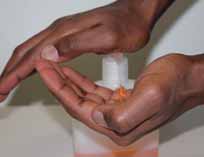