As listed in the compendium of pharmaceuticals and specialties (cps) 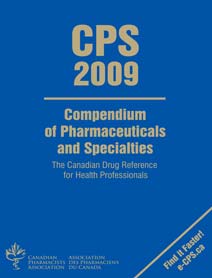 As listed in the Compendium of Pharmaceuticals and Specialties (CPS)

Pharmacology
IMMUNOCAL is a natural source of the glutathione precursor cysteine for the maintenance of a
strong immune system. It is fat-free and contains less then 1% lactose and has a high protein
biological value (>110 BV) providing all essential amino acids.
The systemic availability of oral glutathione is negligible; the vast majority of it must be manufactured
intracellularly from precursors. Glutathione is a tripeptide made intracellularly from its constituent
amino acids L-glutamate, L-cysteine and glycine. The sulfhydryl (thiol) group (SH) of cysteine serves
as a proton donor and is responsible for the biological activity of glutathione. Provision of this amino
acid is the rate-limiting factor in glutathione synthesis by the cells since bioavailable cysteine is
relatively rare in foodstuffs. Furthermore, cysteine if ingested as the free amino acid L-cysteine, has
toxic potential and is spontaneously catabolized in the gastrointestinal tract and blood plasma.
Toxicity is avoided when cysteine is integrated into larger proteins such as serum albumin, alpha
lactalbumin and lactoferrin.
IMMUNOCAL is a bovine whey protein isolate specially prepared to provide a rich source of
bioavailable cysteine. Following digestion, the cysteine remains as the stable form cystine (2
molecules of cysteine linked by a disulfide bond) and glutamylcystine. After absorption, these
dipeptides travel safely in the blood stream and readily enter the cells to release free cysteine for
intracellular glutathione synthesis. IMMUNOCAL is a cysteine delivery system.
The disulphide bond in cystine is pepsin and trypsin resistant but may be split by heat, low pH or
mechanical stress, releasing free cysteine. When subject to heat or shearing forces (inherent in most
extraction processes), the fragile disulfide bonds within the peptides are broken and the
bioavailability of cysteine is greatly diminished.

1.
It is the major endogenous antioxidant produced by the cells, participating directly in the neutralization of free radicals and reactive oxygen compounds, as well as the maintenance of exogenous antioxidants such as vitamins C and E in their reduced (active) forms. Through direct conjugation, it detoxifies many xenobiotics (foreign compounds) and carcinogens, both organic and inorganic such as heavy metals, aromatic hydrocarbons, nitrosamines, benzopirines and others including pharmacological agents such as acetaminophen. It is essential for the immune system to exert its full potential, e.g. (1) modulating antigen presentation to lymphocytes, thereby influencing cytokine production and the type of response (cellular or humoral) that develops, (2) enhancing proliferation of lymphocytes thereby increasing magnitude of response, (3) enhancing killing activity of cytotoxic T cells and NK cells, and (4) regulating apoptosis, thereby maintaining control of the immune response. It plays a fundamental role in numerous metabolic and biochemical reactions such as DNA synthesis and repair, protein synthesis, prostaglandin synthesis, amino acid transport and enzyme activation. Many systems in the body are adversely affected by low glutathione levels, including the immune system, the nervous system, the gastrointestinal system and the cardiovascular-pulmonary system.
Indications
Glutathione augmentation is a strategy developed to address states of glutathione deficiency, high
oxidative stress, immune deficiency, and xenobiotic overload in which glutathione plays a part in the
detoxification of the xenobiotic in question. Many clinical pathologies are associated with glutathione
deficiency and oxidative stress and are elaborated upon in numerous medical references. Low
glutathione is also strongly implicated in wasting and negative nitrogen balance seen in muscle
wasting.
Contraindications
In individuals who develop or have known hypersensitivity to specific milk proteins (this does not
include lactose intolerance).
Warnings
Patients undergoing immunosuppressive therapy should discuss the use of this product with their
health care practitioner.

Heating or adding IMMUNOCAL to a hot liquid or use of a high-speed blender to reconstitute it will
significantly decrease the effectiveness of the product.
Precautions
Each pouch of IMMUNOCAL provides 9 g of protein. Patients on a protein-restricted diet need to
take this into account when calculating their daily protein load. Although a bovine milk derivative,
IMMUNOCAL is well tolerated by lactose-intolerant individuals. IMMUNOCAL is contraindicated in
individuals who develop or have known hypersensitivity to specific milk proteins (this does not
include lactose intolerance).
Pregnancy & Lactation - No adverse effects have been reported. A health care practitioner should be
consulted if the patient is pregnant or has reason to believe she is.
Children - Immunocal has been used in pediatric clinical trials. No adverse effects have been
reported.
Geriatrics - Glutathione levels drop with age. Dosage recommendations may rise with increasing age.
Adverse Effects
IMMUNOCAL is a natural source of protein classified as a Natural Health Product and has not been
statistically assessed for adverse effects. Gastrointestinal bloating and cramps are possible if the
product is not sufficiently rehydrated. Transient urticarial-like skin rash has been reported in rare
individuals undergoing severe detoxification reaction. Skin rash abates when the intake is stopped or
reduced.
Overdose
For management of a suspected drug overdose, CPhA recommends that you contact your regional
Poison Control Centre. See the CPS Directory section for a list of Poison Control Centres.
Symptoms and Treatment - There have been no reports of toxicity from overdosing on
IMMUNOCAL. Glutathione is a tightly regulated intracellular constituent and is limited in its
production by negative feedback inhibition of its own synthesis through the enzyme gamma-
glutamylcysteine synthetase.

Dosage
As a natural source of the glutathione cysteine precursor for the maintenance of the good health, 10
g per day (one pouch) is recommended. As a natural source of the glutathione precursor cysteine for
the maintenance of a strong immune system, 20 g per day is recommended. 30-40 g per day have
been used in clinical trials without ill effects.
IMMUNOCAL is best administered on an empty stomach or with a light meal. Concomitant intake of
another high protein load may adversely affect absorption.
Supplied
Each individually-sealed foil pouch contains: 10 g of powder, 9 g of which is protein. The other is
represented by naturally occurring ingredients including ash, trace minerals and trace amounts of
vitamins. Boxes of 30 pouches.
IMMUNOCAL is a dehydrated powdered protein isolate. It must be appropriately rehydrated before
use. Remains bioactive up to 12 hours after mixing. Do not heat or use a hot liquid to rehydrate the
product or use a high-speed blender for reconstitution. These methods will decrease the effect of the
product. Proper mixing is imperative. Consult instructions included in packaging. Store in a cool dry
environment. Avoid excessive heat. Refrigeration is not necessary.
Compendium of Pharmaceuticals and Specialties, online version (e-CPS). Canadian Pharmacists Association, 2008. All rights reserved.

Insert the title of article