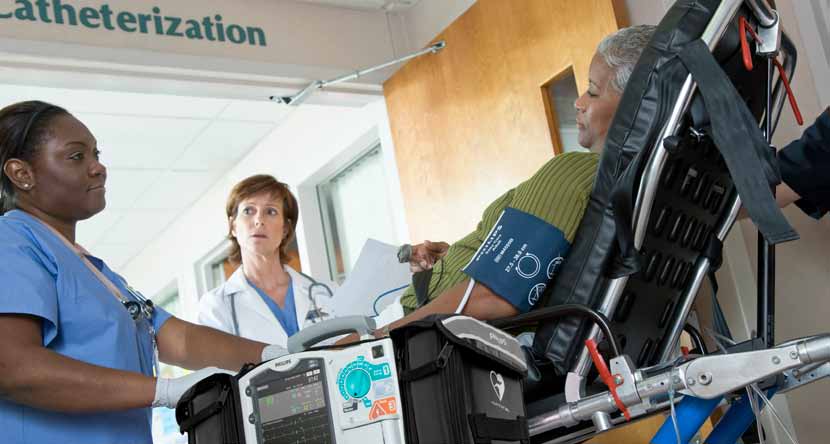 Philips SMART Biphasic therapy Application note Philips SMART Biphasic therapy Since Philips introduced the first biphasic waveform for an external defibrillator in 1996, biphasic therapy has gained acceptance and is now recognized as the standard of care. However, the various defibrillator manufacturers recommend a wide range of energy (joules) dosages. This is because defibrillator manufacturers have created distinct biphasic waveform "formulations." So each manufacturer recommends energy doses appropriate for their shock formulation. While energy (joules) remains entrenched in defibrillator vocabulary as a descriptor of shock strength, current (amperes) has been shown to be a better predictor. For meaningful shock strength comparisons of biphasic waveforms, it's necessary to look beyond energy levels and compare the current delivered to the patient.
All presently available Philips HeartStart defibrillators incorporate a proprietary biphasic truncated exponential (BTE) waveform formulation employing high current delivered in a low energy dosage. Further, Philips uses real-time impedance compensation to automatical y adjust the waveform to deliver shock strength personalized to the needs of each patient, starting with the first shock. Philips therapy has been rigorously studied and is backed by a substantial body of peer-reviewed, published data demonstrating effectiveness across the full spectrum of patients, including those considered "difficult-to-treat." While biphasic waveforms effectively terminate arrhythmias, meaningful clinical differences between defibrillators may lie in the amount of energy needed for successful defibrillation and its negative impact on post-resuscitation myocardial function. While high current defibrillates, high energy is associated with negative side effects. So the optimal waveform formulation delivers high current at lower energy doses to help reduce the total energy delivered. Meaningful clinical differences may also lie in how quickly a shock is delivered fol owing the CPR pause, as this may substantial y influence shock success. Only Philips AEDs and the Philips MRx Monitor/Defibrillator in AED mode offer Quick Shock technology, which helps shorten time-to-shock after CPR and increase the chance a shock will successful y return circulation, which may improve survival. Philips SMART Biphasic therapy Biphasic waveforms use distinct formulations
Not all biphasic waveforms are the same. Manufacturers
American Heart Association and European Resuscitation Council use distinct shock formulations, making their individual positions on current energy dosages an invalid comparison tool for evaluating their relative shock strength. This can be likened to " Because it is accepted that defibril ation is accomplished by the passage of sufficient Although different drugs within a class may all be current through the heart, the concept of considered safe and effective, each requires its own current-based defibril ation is appealing. dosage due to its distinctive molecular structure. For example, statins are proven to lower LDL cholesterol.
Energy is a non-physiologic descriptor of Yet, the maximum 80mg dose of Lipitor® (atorvastatin defibril ation despite its entrenchment in calcium) is not necessarily more therapeutic than traditional jargon…Transition to current- the 40mg maximum dose of Crestor® (rosuvastatin calcium) based description is timely and should be 3 simply because it is twice the dose. Because each drug in a class has a unique formulation, the number of mil igrams of one drug in a class is not – American Heart Association2 necessarily indicative of therapeutic strength relative to another, and does not lend itself to "apples to apples" comparisons.
" Although energy levels are selected for defibril ation, it is the transmyocardial current Biphasic waveforms as a class have been proven to flow that achieves defibril ation. Current effectively terminate arrhythmias. They deliver "electric medicine" and, similar to pharmaceutical medications, correlates well with successful defibril ation use distinctive waveform formulations. For biphasic and cardioversion…Future technology may waveforms, the formulation is driven by different device enable defibril ators to discharge according components, waveform shape, and duration, which produce current. According to the American Heart to transthoracic current: a strategy that Association and European Resuscitation Council, it's may lead to greater consistency in shock current that defibril ates, not the amount of energy success…manufacturers are encouraged to (joules).2,3 Due to varying waveform formulations, it is possible for the recommended first shock dosage of 150J explore further this move from energy-based from one defibril ator manufacturer to deliver higher to current-based defibril ation." current levels than a 200J first shock from another – European Resuscitation Council3 defibril ator manufacturer, even though the latter delivers a larger energy dosage. 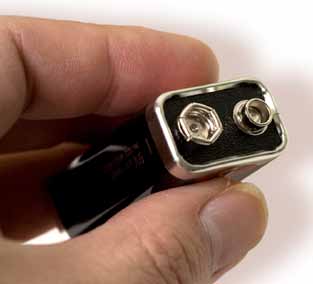 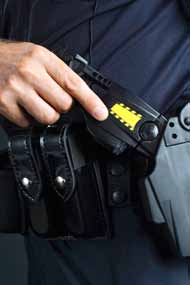