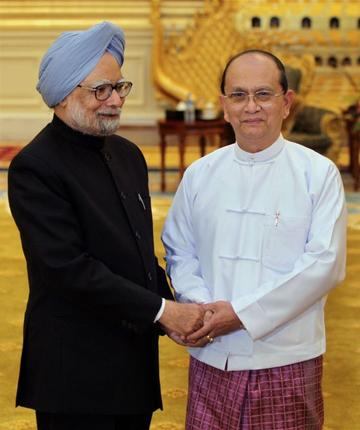 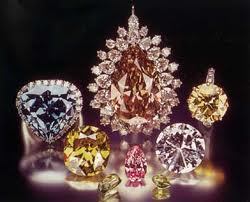 After Stockholm, Mumbai is
most liveable city: Survey
Some issues
The Hindu Business Line: May 22, 2012 City dwellers seemed most satisfied with the abundance of restaurants, pubs, cafes, shop-ping malls, supermarkets and entertainment facilities, apart from mobile network and wa-ter distribution. Traffic and parking, air quality, overall cleanliness and the manner of communication by authorities frustrated city dwellers the most, according to the survey. The findings further revealed that women in Mumbai and Tokyo were slightly happier Coimbatore: Mumbai has emerged as the sec- living in cities than men; and young people ond-most liveable city in the world, accord- were found happier than the old in Cairo and ing to an Ericsson ConsumerLab survey. The Seoul. This was in contrast to Mumbai, liveability factor has been tied to connec- Stockholm and Tokyo, where the aged ones tivity. Stockholm topped the list. were most content. India's business capital has in the survey out-
ranked cities such as New York, London and Coir exports rise by 30 %
Los Angeles.
(Cont from P.1)
The 30-minute online survey (with 1,500 par- rope, rubberized and curled coir, coir pith ticipants per city) was carried out in Cairo, etc go up. However, coir rugs and carpets Johannesburg, Mumbai, Stockholm, Beijing, showed negative growth in quantity and Moscow, Sao Paulo, Tokyo, Seoul, London, value. Los Angeles, New York and Hong Kong. "Urbanization is a global mega-trend. City Coir handloom mat and tufted mats wit-populations grow by 7500 people per hour, nessed a decrease in terms of quantity and and people are clearly feeling some stress increase in value. from overcrowding. We also saw how with the use of ICT, (Information and Communi- Coir fibre recorded 44 % increase in quan- cation Technology) people in cities alleviated tity at 1,19,684 tonnes and 67 % increase in such feelings and got on with city life," said value at Rs 203.23 crore. Coir handloom the Head of Research at Ericsson Consumer- mat and coir tufted mats were the other big Lab, Mr Michael Bjorn. selling products. The value of coir hand- The survey found that the average commute loom mats went up by 9 % to Rs 235.45 time in the 13 cities was two hours, twenty crore while the value of coir tufted mat minutes per day. went up by 16% to Rs 277.45 crore. "People are more relaxed when they know how long their commute will take, as this en- The export of coir pith has been on the rise ables them to use their time more efficiently. in the last few years. It has been no differ-Smart-phones are becoming an invaluable ent this year. The product which has found tool on the daily commute,' said Mr Bjorn. increased application in horticulture as a growing medium, clocked a 31 % increase "Big cities are hotbeds for creativity, bringing in quantity at 2,06,424 tonnes and 49 % together people from different walks of life. jump in value at Rs 221.50 crore. The sheer number of social opportunities is what makes life alluring in such cities," he said. HIGH COMMISSION OF INDIA, SINGAPORE 3
INDIA FOCUS 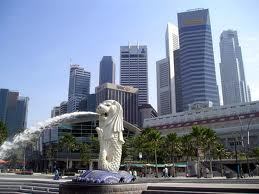 now seen shifting their bases from Mauritius BILATERAL NEWS
Singapore gateway for Indian
"In terms of the richness of the entrepreneu- overseas flows
rial community, Indians actually form the largest foreign business community in Singa- The Times of India: May 18, 2012 pore in terms of the numbers of enterprises being registered there. This is the testament of the Indian entrepreneurial spirit, for whom Singapore forms a very comfortable and natu-ral platform to operate in. We do see that they continue to grow and India will continue to sustain itself as the largest business commu-nity there. I am excluding the Singaporeans," Lee Eng Keat, International Director, Asia-Pacific, Singapore Economic Development Board (EDB), told TOI. The latest to look at Singapore closely is Anil Ambani-owned Reliance Communications, which is planning to list its undersea cable Mumbai: Singapore is fast becoming a mag- business Flag Telecom in Singapore to raise net and the gateway for Indian outbound in- $1.4 billion this quarter. "Reliance is plan- vestments. Not only has the island nation ning to list it as a trust. Lot of companies posted a 20% jump in attracting India's out- have listed in Singapore in form of trusts like bound investment in the second half of 2011 India Bulls, Ascendas India, Mercator and over the previous year, but the Indian com- Aban offshore as it provides more sophisti- munity has also become the largest foreign cated financing solutions," said Keat. business community in Singapore with a four-fold jump in numbers of registered busi- During the last quarter, India's biggest firm nesses to over 4,000 since 2001. by market capitalization, Reliance Industries, raised over $1 billion through a bond issu- The country, which accounted for a fifth of ance in Singapore to fund its US shale gas India's $20 billion outbound foreign direct business as island nation emerged as a lead- investment during the second half of 2011, ing debt listing venue in Asia. Indian firms could actually witness a bigger jump next accounted for 14% of the total bond issuances year as it's expected to outpace tax haven after Korea. "If you look at convertible bonds Mauritius, the current favourite, accounting of Asia, about 85% of them are listed on the for a fourth of the outbound FDI. Things Singapore exchange. Also, since 61% of could change this year because of a budget RMB-denominated bonds are listed on the proposal to target income tax avoiders Singapore exchange, it provides an enhanced through the imposition of General Anti- flow of RMB for Indian companies to tap Avoidance Rule (GAAR) from April 2013, on," said Keat. which will arm tax authorities with powers to even tax retrospectively. Last year, Tata Communications made Singa-pore its international headquarters by invest- Companies such as GVK, GMR and Lanco ing S$210 million in a data centre and tele- have all have made Singapore a hub for their communications facility and plans to invest international business operations. The list over S$440 million in the next few years to also includes Tata Capital, Tata Communica- beef up operations. Infosys, too, has a data tions, Fortis, L&T and TCS. Some like HCL centre there now. Fortis Healthcare is plan- and Punj Lloyd are planning to expand their ning a secondary listing on the Singapore operations. This comes at a time when many Stock Exchange and is also contemplating a PE firms, hedge funds and other investors are real estate investment trust on the lines of HIGH COMMISSION OF INDIA, SINGAPORE 4
INDIA FOCUS 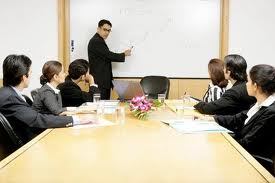 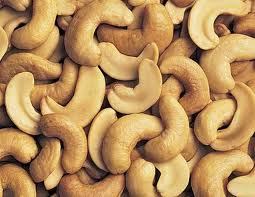 of India Bulls. Fortis has already acquired a specialized cancer hospital in Singapore and Both parties also agreed to conduct joint re-stakes in specialist health care practices in search, case writing in the area of interna-Australia, Hong Kong, Sri Lanka and Viet- tional trade and business, especially related to nam through its Singapore venture. Accord- the Asian region. The MoU also covers stu-ing to Malvinder Singh, executive chairman, dent exchanges between the two institutions. Fortis Global Healthcare, Singapore has a "With the shift in growth and centre of eco- very strong public healthcare system that is nomic gravity towards emerging economies probably among the leading ones in the world in Asia, it is becoming increasingly important so Fortis international business is headquar- for international trade professionals to be trained both inside and outside India to take full advantage of India's business opportuni- Similarly, for Punj Lloyd, Singapore has be- ties. That Singapore is a trading and logistics come the resource and project management hub with 3,200 engineers in the region. HCL, hub, as well as a major financial centre in the region makes the SMU-IIFT or Singapore- too, has more than doubled its head count in Delhi educational axis a good mechanism for Singapore to over 1,000 in the last one year while L&T Infotech launched its wealth man- fostering both education and trade," said Pro- fessor Srivastava, SMU's provost and deputy agement centre of excellence. GVK, on the president (academic affairs) in a statement. other hand, acquired Hancock Coal in Austra-lia for $1.2 billion through a Singapore entity IIFT director K. T. Chacko said, "The joining to leverage on its financial markets for raising of hands between Singapore Management finances as also to leverage the treaty be- University and the Indian Institute of Foreign tween Singapore and Australia. Trade, India would go a long way in enrich- IIFT signs MOU with Singapore
ing the research and collaborative educational programmes. SMU's academic strength and in Management University on
depth understanding of South East Asia and training and research programs IIFT's core strength in International Business
The Economic Times: May 25, 2012
will prove a win-win situation for both." Cashew Buyer Seller Meet
held in Singapore
Kolkata: The Indian Institute of Foreign Trade (IIFT) and Singapore Management University ( SMU) have signed an MoU to collaborate on conducting training programs The Cashew Export Promotion Council of and research relating to international trade India–the apex organization of India and business from an Asian perspective. Cashew Exporters, organized a Buyer Seller Meet on 21 May, 2012 in Singa- Under the partnership, the two institutions pore. The event was a success with around will jointly design and launch management fifty traders and importers of cashew ker- development programs as well as offer post- nel from Singapore interacting with Indian graduate certificate programs in areas related cashew kernel exporters. to international trade, business and manage- HIGH COMMISSION OF INDIA, SINGAPORE 5
INDIA FOCUS 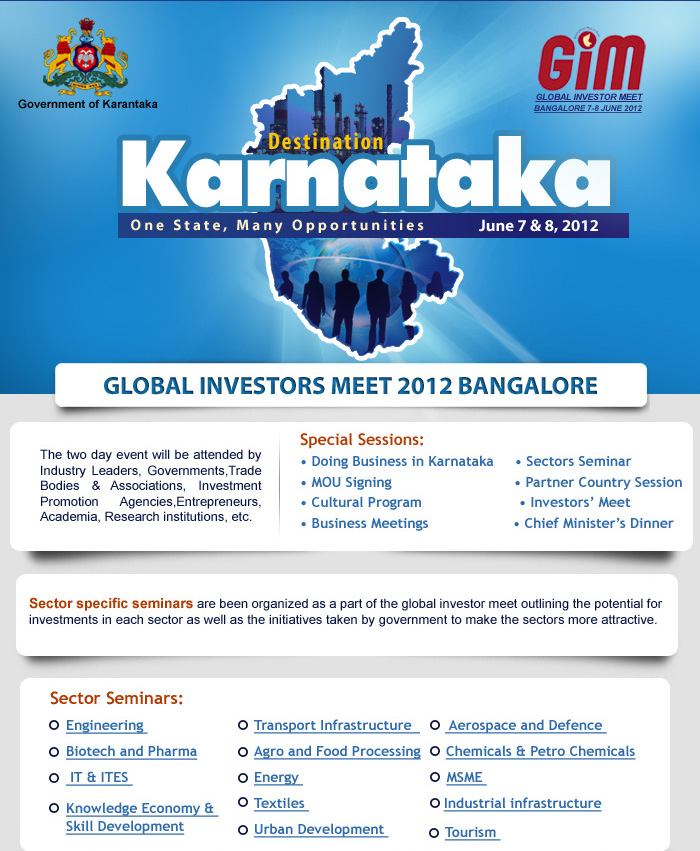