Hilotherm Efficacy in Controlling Postoperative Facial Edema in Patients Treated for Alessandro Moro, MDS, Giulio Gasparini, MDS, Tito Matteo Marianetti, MDS, Roberto Boniello, DMD, Daniele Cervelli, MDS, Francesco Di Nardo, MD, Francesca Rinaldo, MDS, Vittoria Alimonti, DMD, and Sandro Pelo, PhD Background: A cooling system based on polyurethane preshaped Combined use of glucocorticoids and nonstreoidal anti- inflammatory drugs is the therapy of choice for edema. In ad- masks for postoperative cryotherapy, named Hilotherm, has been re- dition to drug therapies, compression bandages, massage therapy, cently introduced. The purpose of this study was to evaluate the ef- and cryotherapy are also used.
fectiveness of this equipment in controlling postoperative edema and Cryotherapy is the application of ice packs to decrease local compare the results with those obtained with a group treated with temperature. This causes vasoconstriction of the precapillary ar- conventional cryotherapy and a group not treated with cryotherapy.
terioles, decreased tissue perfusion, and diminution of metabolic Methods: Ninety patients were included in this randomized con- reactions. Temperature between 12.8-C and 15.6-C is estimated to trolled trial. The 90 patients were divided into 3 groups. Group A be most effective in reducing edema.1,2 Cryotherapy administeredby ice packing is definitely an effective antiedemigenic method, was treated with Hilotherm. Group B was treated with conven- although it is difficult to quantify its efficacy. Probably, that is the tional cryotherapy. Group C was not treated with cryotherapy. Using reason why the protocols used by different authors differ signifi- a tape measure, we measured for both sides of the face the dis- cantly in time and mode of administration.
tances in centimeters between point 0 and external canthus (>), most The main differences are as follows: lateral point on the ala of the nose (A), commissura labialis (F), and & freezing mixture (ice, frozen gel, frozen mixture of water and Pos (C). We performed a Kruskal-Wallis test comparing the aver- age variation of edema on the right and left sides of the face for & details of application (whether to place an ice pack directly on each facial segment of patients of the 3 groups from time 0 to time & timing of application and duration of treatment Results: No cryotherapy is the worst treatment for every segment A new equipment for cryotherapy at constant temperature studied. In anatomic regions defined A, F, and C, Hilotherm was (Hilotherm, Argenbu¨hl-Eisenharz, Germany) has recently been in- more effective in containing edema than the ice pack 24 hours after troduced. It consists of a polyurethane mask connected to a circuit in the first measurement. Opposite results were seen on district >, the which the coolant flows (demineralized water). The masks provided site not completely enclosed in the mask.
with the device are modeled to fit the different regional anatomies Conclusions: The substantial difference between different treat- ments probably consisted in the greater reliability of the Hilotherm The purpose of this study was to evaluate the effectiveness system, which is characterized by easy handling, constant temper- of this equipment in controlling postoperative edema and compare ature control, comfort, and practicality of the masks.
the results with those obtained with a group treated with conven-tional cryotherapy and a group not treated with cryotherapy.
Key Words: Hilotherm, postoperative swelling, edema,facial edema, postsurgical swelling, cryotherapy, hilotherapy, MATERIALS AND METHODS maxillofacial surgery, Le Fort, osteotomy, swelling control Ninety patients were included in this randomized con- (J Craniofac Surg 2011;22: 2114Y2117) trolled trial. Patients were admitted to our institution from April2009 to April 2010. Fifty-eight patients were affected by progenicsyndrome, 30 by prognathism, and 14 by maxillomandibularasymmetry. The sample consisted of 38 women and 52 men agedbetween 19 and 41 years, with an average age of 29 years. These From the Department of Oral and Maxillofacial Surgery, Columbus Hospital, patients underwent orthognathic surgery under general anesthesia.
Universita Cattolica del Sacro Cuore, Rome, Italy.
All patients underwent Le Fort I osteotomies + bilateral sagittal Received November 30, 2010.
split osteotomy of the mandible. The 90 patients were divided into Accepted for publication January 30, 2011.
3 groups (groups AYC). The 3 groups differed for the method of Address correspondence and reprint requests to Vittoria Alimonti, DMD, application of cryotherapy.
Department of Oral and Maxillofacial Surgery, Columbus Hospital, Group A was treated with Hilotherm, applied in the operat- Universita Cattolica del Sacro Cuore, 31-33 Giuseppe Moscati, ing room and maintained for 48 hours. Therapy was periodically Rome 00168, Italy; E-mail: [email protected] interrupted to allow meals and personal hygiene. The cryotherapy The authors report no conflicts of interest.
protocol with Hilotherm consisted in wearing a mask of polyure- Copyright * 2011 by Mutaz B. Habal, MDISSN: 1049-2275 thane, preshaped to fit the middle and lower thirds of the face. The mask was connected by tubes to a portable structure, which makes The Journal of Craniofacial Surgery & Volume 22, Number 6, November 2011 Copyright 2011 Mutaz B. Habal, MD. Unauthorized reproduction of this article is prohibited. 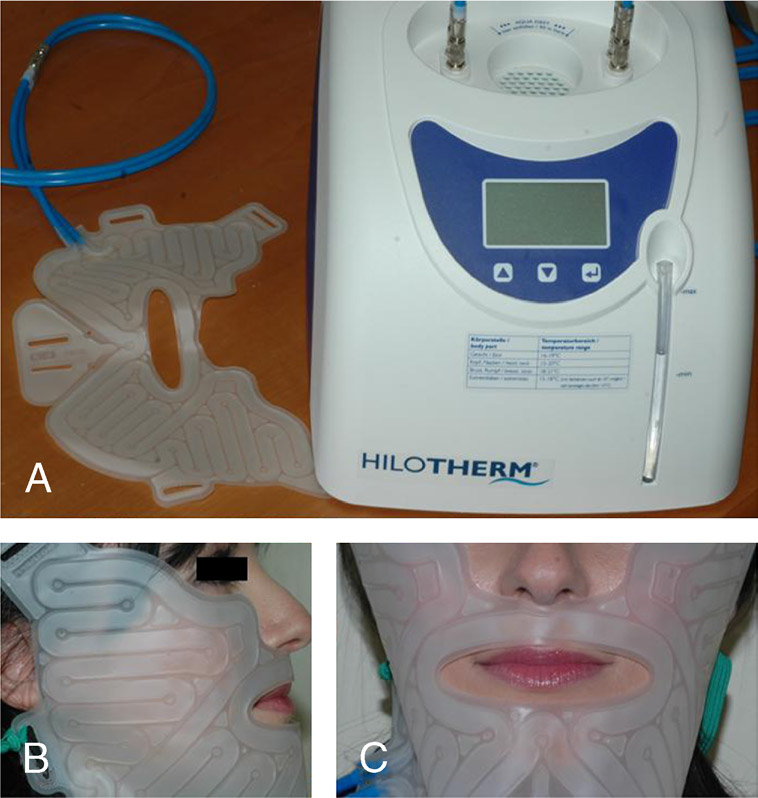 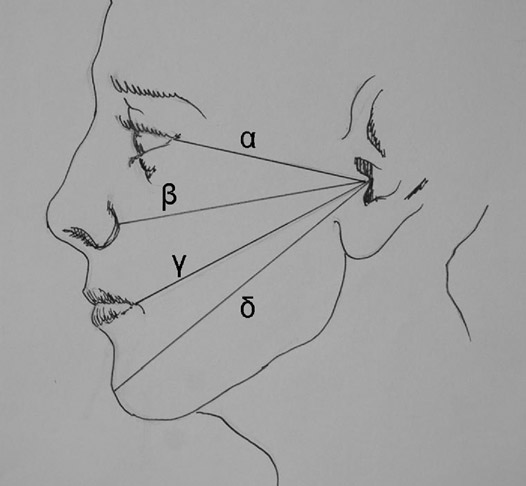