Journal of Immunotoxicology, 2008; 5(4): 369–384 MHC restriction and allogeneic immune responses Dmitry B. Kazansky Carcinogenesis Institute, N. N. Blokhin's Cancer Research Center, Moscow, Russia Discovery of major histocompatability complex (MHC) restriction helped in the understanding of how T-lymphocytes recognize antigens on bacteria, viruses, and tumor cells. It was initially accepted that MHC restriction was a consequence of "adaptive differentiation" in the thymus; during differentiation, the form- ing repertoire of T-lymphocytes "learned" a low affinity for self MHC molecules via positive selection. This view was later countered by discovery of artifacts in underlying studies and the fact that adaptive differ- entiation could not explain direct allogeneic and allorestricted recognition phenomena. Data from experi- ments with TCR transgenic animals, individual MHC/peptide complex expression, and recipients of xeno- genic thymus glands yielded evidence of an ability to adapt to microenvironment and a low specificity of positive selection. These facts led to an alternative interpretation of MHC restriction explained, in part, by specificity of a pool of effector cells activated by primary immunization. Details of this phenomenon were defined in studies that noted differential primary structures of peptides that bound various allelic forms of MHC molecules. Here, the T-lymphocyte repertoire formed in the thymus was a result, in part, of random rearrangement of germinal sequences of TCR gene fragments. Such pre-selected repertoires were inher- ently capable of reacting with different allelic forms of MHC molecules. In contrast, MHC molecules were characterized by significant intraspecies polymorphisms; negative and positive selections were aimed at adaptation of a pre-selected repertoire to a specific microenvironment in an individual. Via elimination of autoreactive clones and sparing of a broad spectrum of specificity to potential pathogens, selection in the thymus could be considered a life-long allogeneic reaction of a pre-selected repertoire to self MHC molecules resulting in tolerance to "self," increased responsiveness to foreign MHC molecules, and cross- reactivity of the mature T-lymphocyte repertoire to individual foreign peptides plus self MHC.
Keywords: Major histocompatibility complex, MHC restriction, alloreactivity, T lymphocyte, repertoire,
Discovery of MHC restriction
specifically lysed infected targets were found in infected Dependence of the immune response and immunorec- immunocompetent mice but not in nude mice, and that ognition on MHC Class I molecules was first shown these cells were critical to disease pathogenesis. Still, in a lymphocytic choriomeningitis virus (LCMV) it was critical for them to prove that immune spleno- infection model (Zinkernagel and Doherty, 1973, cytes from other strains could kill infected cells with 1974). As later noted, the basis for an MHC restriction a respective MHC type. Using infected macrophages hypothesis was development of a test for T-lymphocyte from varied strains as targets, it was seen that immune cytotoxicity against LCMV-infected cells. Doherty T-lymphocytes of H-2b mice lysed only infected cells (using cerebrospinal liquor) and Zinkernagel (meas- from H-2b mice but had no effect on cells from hosts of uring cell cytotoxicity) saw that T-lymphocytes that a differing haplotype.
The author wishes to thank Professors Garry Abelev and Alexander Chervonsky whose helpful discussions initiated the writing of this manuscript. The author is very grateful to Professor Rolf Zinkernagel for providing some important references, and also wishes to thank Professor Alexander Shtil for being so helpful during the writing process. The work on recognition of MHC molecules by memory cells in the author's laboratory was supported by grants from the Russian Foundation for Basic Research, N-08-04-00563 and N-05-04-49793.
Address correspondence to Dr. Dmitry B. Kazansky, The Laboratory of Regulatory Mechanisms in Immunity, Carcinogenesis Institute, N. N. Blokhin's Cancer Research Center, Moscow, 115478, Russia; e-mail: [email protected] (Received 27 February 2008; accepted 7 August 2008)ISSN 1547-691X print/ISSN 1547-6901 online 2008 Informa UK LtdDOI: 10.1080/15476910802476708 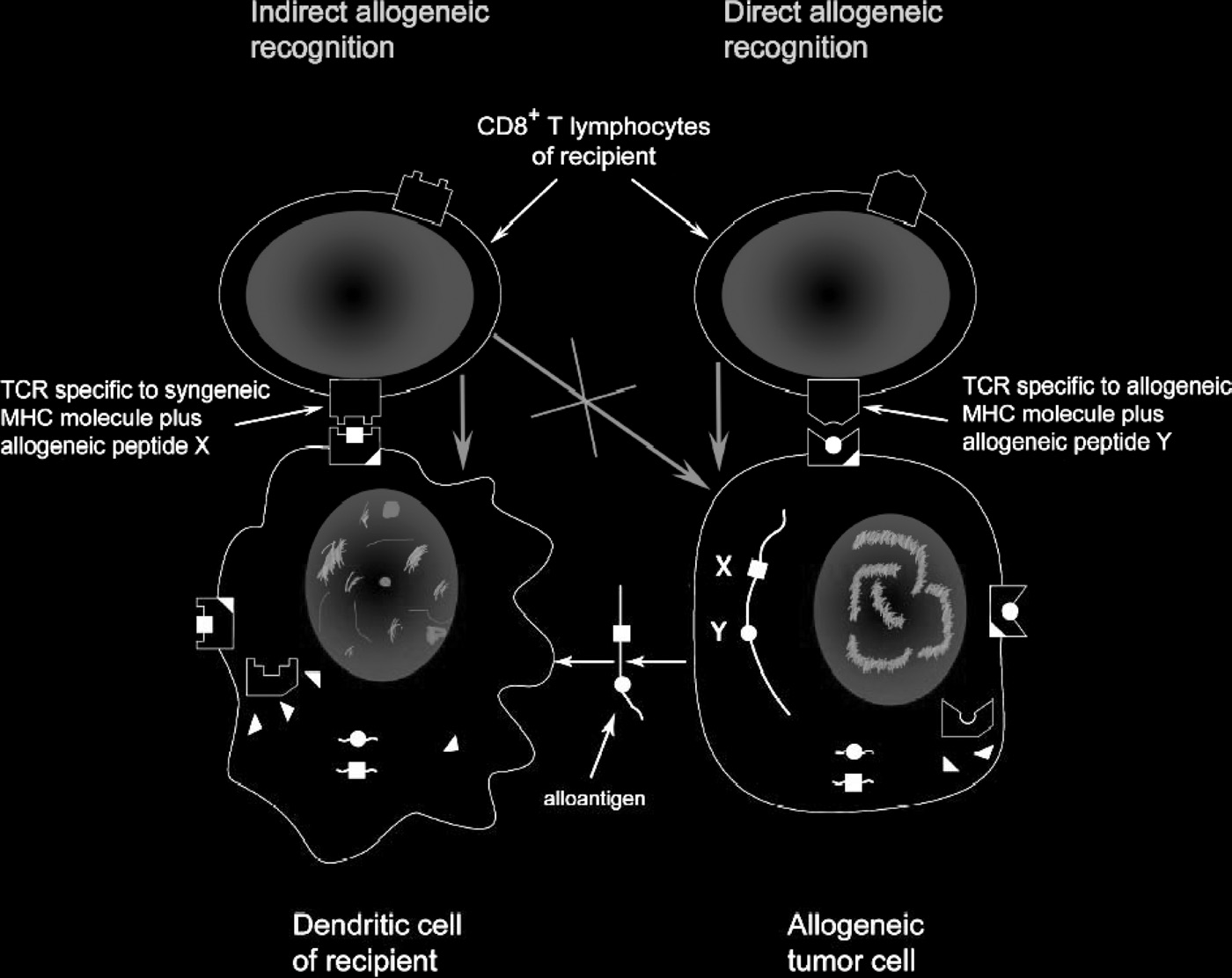