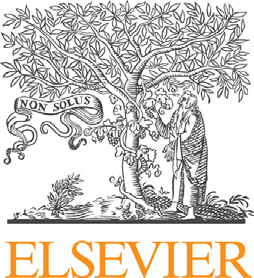 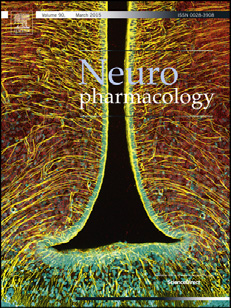 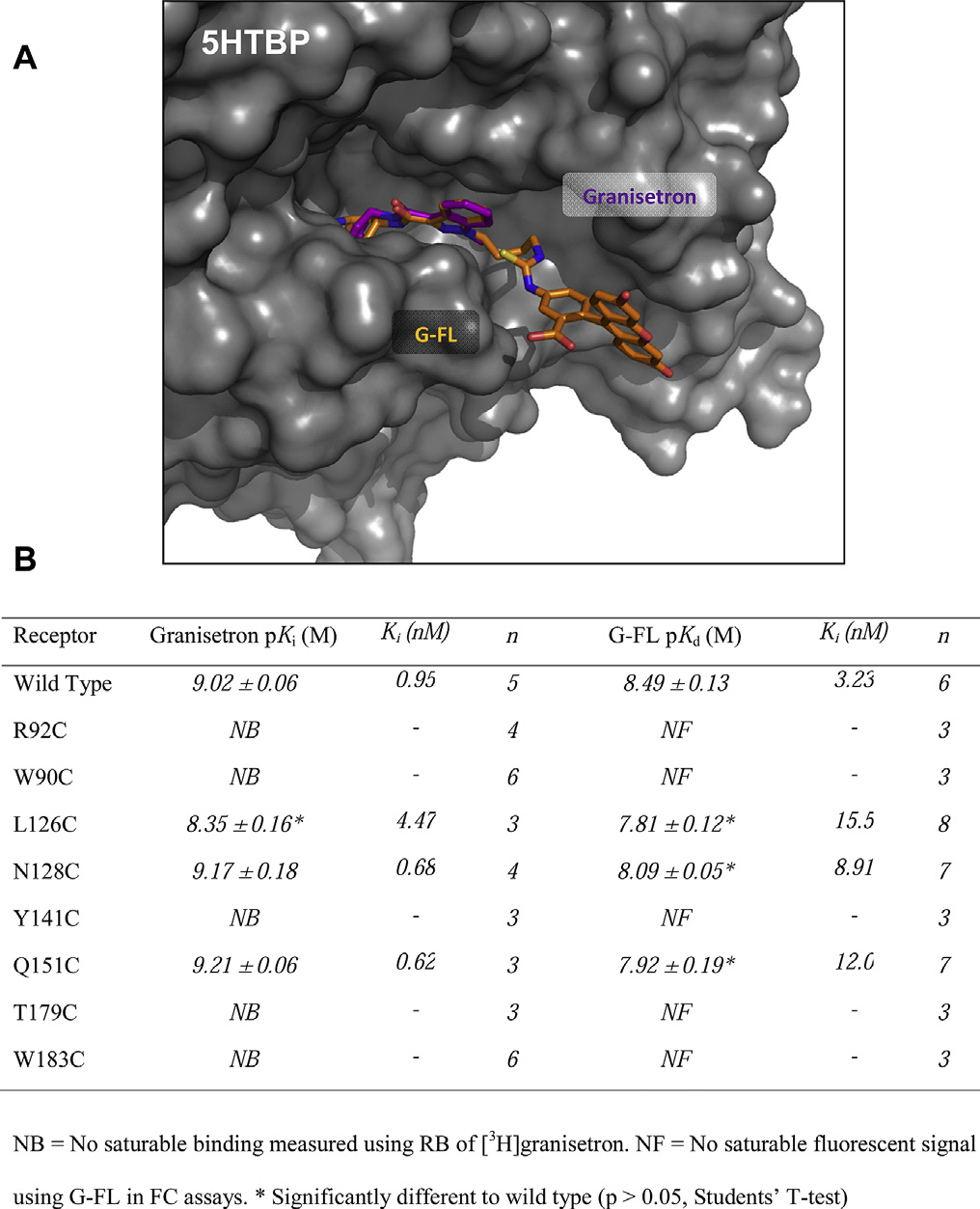 T. Jack et al. / Neuropharmacology 90 (2015) 63e73 performed radioligand binding with [3H]granisetron. Saturationbinding with [3H]granisetron and competition binding with knowncompetitive ligands gave similar afﬁnities to those measured usingFC and FP A inset, ). Also consistent with FC and FP, atconcentrations of up to 100 mM, binding was unaffected by the non-competitive ligand PTX, or the Cys-loop receptor agonists ACh,GABA or glycine (eC, ). Dissociation of [3H]granise-tron following the addition of excess unlabeled ligand gave a ratethat was comparable to the values measured for G-FL using FC andFP (These results show that afﬁnities measured using FCand FP are similar to those determined with radioligand binding.
3.7. In vivo localization of 5-HT3 receptors To further probe the utility of the new ﬂuorescent probes we used in vivo imaging of anaesthetized mice injected with G-SiR, acompound with near-infrared emission. After 5 min (5 mg/kg i.p.),staining was visible in the gut, and by 20 min post-injection wasalso visible in salivary glands Since the presence of 5-HT3receptors was not expected in salivary glands, further studies usingdissected mouse salivary glands from sacriﬁced mice wereperformed.
To conﬁrm the presence of 5-HT3 receptors in these tissues Western blot analysis was undertaken using a 5-HT3-speciﬁcantibody on total protein extracts from each of the identiﬁed organsA clear band was seen in each, corresponding to themolecular weight expected for the 5-HT3 receptor in Tris-Acetategels. No band was seen in skeletal muscle which was used as anegative control. These results show that G-SiR is suitable for in vivoimaging where it speciﬁcally labels 5-HT3 receptors.
Fig. 3. A possible orientation of G-FL in the 5-HT3 receptor orthosteric binding site. (A)G-FL (orange) is oriented using a pairwise alignment with the heteroaromatic rings of granisetron (purple) bound to the 5HTBP (gray surface) co-crystal structure (PDB:2YME). In this orientation the ﬂuorophore can be accommodated within the bindingsite. The pairwise alignment was made using PyMol v1.3 (Schr€ odinger LLC, OR, USA).
We report the synthesis of high afﬁnity ﬂuorescent 5-HT3 re- (B) The effects of mutations on granisetron binding are the same as those reported ceptor antagonists to create a series of ligands that cover a broad elsewhere and similar to effects on G-FL.
ﬂuorescent spectrum from blue to near-infrared emission. Wedescribe the application of G-FL in FC and FP, showing that it ispossible to determine accurate and reproducible ligand bindingafﬁnities and kinetic parameters. As predicted from its spectro- was not reduced by either the Cys-loop receptor agonists ACh, scopic properties, G-SiR gave clear staining in vivo, that was GABA and glycine, or the non-competitive antagonist picrotoxin consistent with the known tissue distribution of 5-HT3 receptors.
(PTX) at concentrations of up to 100 mM. These data show that 5- These results are consistent with the speciﬁc, displaceable binding HT3 receptor ligands speciﬁcally compete with G-FL at the that we observed in radioligand binding assays and with previously orthosteric binding site, which can be used as a ﬂuorescent probe reported speciﬁc binding of other ﬂuorescent granisetron- for determining the afﬁnities of non-labeled competitive ligands.
derivatives using confocal microscopy Assuch, our study demonstrates the utility of novel ﬂuorescent 5-HT3 3.5. Flow cytometry receptor ligands across a range of highly applicable pharmacolog-ical approaches.
G-FL was also evaluated as a novel probe for FC. The results show Nanomolar afﬁnities for our ﬂuorescently labeled granisetron that G-FL caused a speciﬁc dextral shift in the geometric mean derivatives at the 5-HT3 receptor were shown Coupling of when compared to similar experiments in the presence of excess ﬂuorescein to the N1 position caused no apparent change in afﬁnity unlabeled ligand or with untransfected HEK 293T cells (A).
when compared to the parent ligand granisetron. This is consistent With G-FL a saturable increase in the geometric mean yielded a pKd with previous reported structureeactivity relationships of 8.49 ± 0.12 (Kd ¼ 3.23 nM, n ¼ 6), similar to that determined in FP ). The effects of mutations on granisetron binding were and RB. Also similar to FP, competition with known ligands and also consistent with previous studies that reported substitutions at negative controls showed that the interaction was speciﬁc B R92, W90, T179, Y141 and W183 strongly affected binding, while and C, and the rate of dissociation of G-FL in the presence mutations at L126, N128 and Q151 had only minimal effects of excess non-labeled ligand was comparable D). These re- sults show that G-FL is also suitable for studying ligand binding magnitude by which the afﬁnities of granisetron and G-FL changed following substitution differed ( 3-fold for L126C, 13-fold forN128C and 19-fold for Q151C) and shows there are some differ- 3.6. Radioligand measurements ences in their binding, but the pattern of changes was similar forboth ligands suggesting that they occupy broadly similar positions To determine whether afﬁnities measured using FC and FP were within the binding site. An alignment of the granisetron moiety of similar to those measured using a more established method we G-FL with granisetron bound to 5-HTBP () supports this 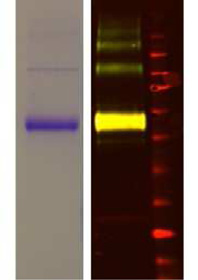 T. Jack et al. / Neuropharmacology 90 (2015) 63e73 Fig. 4. Characterization of G-FL. (A) Saturation binding of G-FL using FP; Inset, visualization of FLAG-puriﬁed 5-HT3 receptor with colloidal Coomassie staining (left) and Westernblot analysis (right) using goat anti-FLAG/donkey anti-goat IRDye 800CW (green) and mouse anti-myc/donkey anti-mouse IRDye 680CW (red). The overlay of these two colors isyellow and a band at 55 kDa in the right lane corresponds to a 5-HT3A subunit monomer which displays both FLAG and myc epitopes. Weaker bands above 110 kDa are also seenfollowing puriﬁcation. (B) Association of G-FL at different concentrations of the 5-HT3 receptor was measured using FP. Data points were ﬁtted with a mono-exponential function toyield kobs. (C) Linear regression was used to ﬁt kobs against the G-FL concentration to give kon (slope) and koff (y intercept at x ¼ 0). (D) Dissociation of G-FL was measured followingthe addition of excess unlabeled ligand at t ¼ 0 to G-FL equilibrated 5-HT3 receptors. (E) Competition of varied concentrations of known 5-HT3 receptor antagonists with 2 nM G-FL.
(F) Competition with varied concentration of 5-HT3 receptor agonists. Panels D, E and F traces are single experiments, but are representative of the larger dataset summarized in thetext and . In panel B the symbols refer to values for no G-FL (-) or 0.2 nM (▫), 0.5 nM (▵), 1 nM (:), 2 nM (o), 3 nM (7), 4 nM (◊), 5 nM (✕), 6 nM (A) and 8 nM (;) G-FL.
hypothesis, as the conjugated ﬂuorophore is not sterically restricted in this orientation Also, the rela- ). As the dissociation rates measured by of FC and RB were tively high ﬂuorescence polarization for the receptor-bound G-FL similar, we can conclude that association rates were also compa- ligand suggests that ﬂuorescein has a low degree of rotational rable, given the similar afﬁnities and the simple relationship be- movement, as expected in the tightly enclosed environment of the tween koff, kon and Kd (Eq. FC and FP competition on puriﬁed 5- 5-HT3 receptor ligand binding site.
HT3 receptors also provided afﬁnities for several unlabeled 5-HT3 G-FL had the highest afﬁnity that was consistently shown with receptor agonists and competitive antagonists that had the same all three techniques described here (FC, 3.23 nM; FP, 1.14 nM; RB, values and rank order as RB competition assays. This supports the 1.90 nM). Similar afﬁnities have been reported for the parent gra- utility of G-FL for pharmacological measurements that were facil- nisetron molecule elsewhere ) and itated by the large changes in ﬂuorescence intensity and polariza- association (kon ¼ 1.2  107 M1 s1) and dissociation tion that provided an excellent signal to noise ratio. As all of the (koff 0.004 s1) rates of G-FL were also comparable to those re- methods accurately reported binding properties there appears to ported for granisetron at similar temperatures be no adverse inﬂuence from using receptors that are detergent- solubilized (FP), within crude cell homogenates (RB) or expressed kobs and koff were best ﬁtted with single components, which is on the surface of live cells (FC).
consistent with the single population of binding sites (AþA) that Here, we utilized the stable expression of FLAG/myc double- is present in homomeric 5-HT3 receptors tagged 5-HT3 receptors in HEK 293T cells using a lentiviral 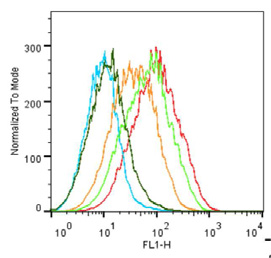 T. Jack et al. / Neuropharmacology 90 (2015) 63e73 National Science Foundation [CRSII3-136222], the NOMIS Founda-tion and the HOLCIM Stiftung zur F€ orderung der wissen- Appendix A. Supplementary data Supplementary data related to this article can be found at Fig. 7. Characterization of 5-HT3 receptors in mouse tissues. (A) In vivo imaging of G- SiR (5 mg/kg, i.p.) after injection into anaesthetized C57BL male mice. Representative image of control (left) and injected (right) mice after 20 min. Strong ﬂuorescence is visible in the abdominal cavity showing intestine, but also in salivary glands (as evi- denced by subsequent dissection). Mandibular (m) and parotid (p) salivary glands (SG), respectively, are indicated by arrows. (B) Ponceau staining of total protein extracts (37.5 mg) from mouse tissues. (C) Visualization of 5-HT3A receptor subunits with goat anti-5-HT3 followed by Donkey anti-Goat IRDye800CW. A clear band was visible at the size expected for the 5-HT3A subunit. The gel shown is a representative example of three other similar gels. SK ¼ skeletal (muscle); SG ¼ salivary gland.
signal to noise ratios, and the measured afﬁnities and binding ki- netics are reproducible and reliable, making them ideally suited for pharmacological studies or as an alternative to antibodies that are not able to penetrate tissues in vivo.
We thank Prof. John Peters for providing the 5-HT subunit cDNA and Prof. Oliver Mühlemann for kindly providing lab space for MDR. We thank Prof. Roch-Philippe Charles for assistance with mouse experiments. This work was supported by the Swiss National Science Foundation [SNSF-professorship PP00P2_146321/ 1 to ML]. MDR was supported by a Sinergia grant from the Swiss T. Jack et al. / Neuropharmacology 90 (2015) 63e73