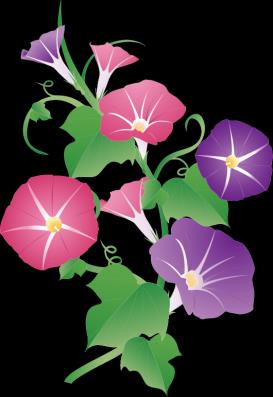 Overuse of antibiotic negatively affects to
our intestines & health
ou have been prescribed antibiotics when you caught a cold. At the same time, many of you have heard about antibiotics giving adverse effects to the stomach and intestines because they kill good Y bacteria. This issue will include explanations about the relationship between antibiotics and our ◆◇ Microorganisms generate antibiotics in order to kill other bacteria
Antibiotic is an antimicrobial substance that microorganisms generate. Dr. Satoshi Ōmura, a Japanese biochemist who was awarded the Nobel Prize in 2015, have extracted the anti-parasitical compound avermectin from the microorganism called actinomycetes. When microorganisms fight over territory, they produce a substance to kill other microorganisms so they do not come closer to them. This substance is antibiotic/antiseptic. Antibiotics are also a medicine to kill bacteria. Therefore, it is ineffective as a treatment for a cold because a cold is caused by viruses. Tamiflu and Relenza are the trade names of the medicines that are prescribed to patients with influenza. They are antiviral drugs (Antiviral drugs do not directly kill viruses. They only prevent the multiplication of viruses.). If a patient is prescribed antibiotics when he/she caught a cold, the purpose is to protect the patient with compromised immune systems becoming infected with other bacteria. However, recent healthcare providers tend to reduce use of antibiotics. ◆◇ Be aware of widespread drug-resistant strains which brought by overuse of antibiotics
Antibiotics have greatly contributed to the eradication of infectious diseases throughout human history. Before 1950, over 100,000 patients lost their lives annually due to an infection with bacteria responsible for tuberculosis. However, almost no patients die by tuberculosis nowadays because of antibiotics. There had been mortal cases in the past when bacteria entered the body from wounds that occurred during childbirth or injuries. After the development of antibiotics, these cases rarely occurred. As these examples, antibiotics have been an absolutely necessary medicine for us to fight against harmful bacteria. On the other hand, the penetration of antibiotics has created bacteria that are resistant to medicines. These bacteria are called antibiotic-resistant 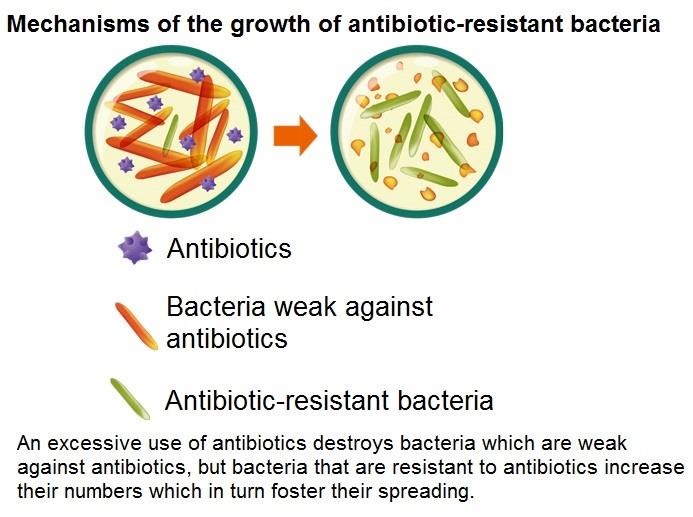 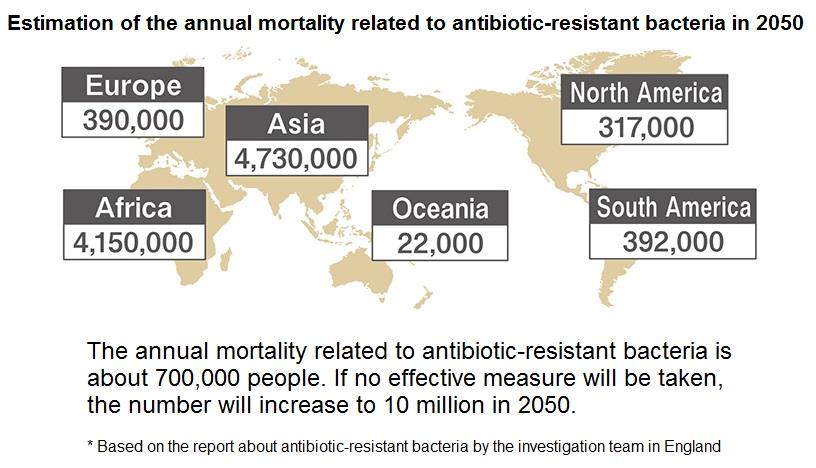 Furthermore, a report in England have made a prediction that the annual fatalities from antibiotic-resistant bacteria will reach to about ten million people in 2050. Notably, the number of deaths will be very high in Asia and Africa and serious financial damages are anticipated. ◆◇ Use of antibiotics shortly after birth rises the risks of developing asthma and obesity
Other research studies have reported that the change of gut microbiota by the administration of antibiotic provides many different adverse effects to our health. For example, the research study about the relationship between the use of antibiotic in the infant stage and the development of asthma and obesity has been progressing. The study with a total of 236 Finnish children with age between 2 to 7 years old were conducted in 2016. It reported that the use of antibiotic during 2 years of life is associated with an increased risk of asthma, and a high frequency of the use of antibiotics induced more risks of obesity. According to the other study with laboratory mice which was conducted in 2014, while the number of intestinal bacteria including lactic acid bacteria was decreasing due to the use of antibiotics, candida, which is one of the fungi, increased its numbers which in turn made the symptoms of asthma severe. Side-effects from the use of antibiotics

Aggravation of allergic symptoms including asthma Increased risks of obesity Deterioration of memory and learning ability Increase of Candida Antibiotics can protect us from infections if we follow the necessary intake amount and frequency. An excessive use of antibiotics may cause above side-effects. ◆◇ The deterioration of gut microbiota from the use of antibiotics provides adverse effects to the brain
Recent studies have revealed that the conditions of intestinal bacteria are associated with the functions in the brain. The patients with depression or autism have a deteriorated intestinal balance. During an animal study, laboratory mice that were administrated with antibiotics demonstrated an aggravated gut microbiota, and a drop of the levels of beneficial substances which were generated by intestinal bacteria. The blood concentration of corticosterone which is known as a stress hormone increased. Moreover, the deteriorated conditions in the amygdala and hippocampus in the brain were observed. It drove changes in substances responsible for neural transmission to the cerebrum resulted in causing negative impacts in their memory and ability to learn. In light of these circumstances, the World Health Organization made calls in 2015 about the proper use of antibiotics. What we should not forget is the fact that antibiotics are absolutely necessary to save lives. If we stop demanding antibiotics without careful consideration, the speed of widespread of antibiotic-resistant bacteria will slow down. It will make antibiotics more effective when it is truly needed. Four antibiotic awareness tips addressed by WHO
Never ask for antibiotics if you don't need them
Take the full prescription even if you feel better
Do not hesitate to consult your doctor for advice on You were prescribed a proper amount of antibiotic, so the use of antibiotics. you should finish it even if you feel better. Never use leftover antibiotics
Never share antibiotics with others
Even if someone who is not a doctor offers If you are not a doctor, you should not share your prescribed medicines out of kindness, you should antibiotics with others based on your judgement. decline the offer. We should be aware of what medicine we take in order to speed down the spread of antibiotic-resistant bacteria. <References> Cell Host & Microbe. 15, 95-102 (2014) Brain Behav Immun. doi: 10.1016/j.bbi.2016.02.020 (2016) Nature Communications. 7, 10410 (2016)

WOODY PLANT DISEASE CONTROL GUIDE FOR KENTUCKY by John Hartman, Mary Witt, Don Hershman, and Robert McNiel Cultural Practices to Prevent Disease Good care of trees and shrubs prevents many nursery and landscape problems. Because trees and shrubs live for manyyears, their susceptibility to disease is influenced not only bycurrent climatic and environmental conditions but also byconditions and care during previous years. Adverse growingconditions, maltreatment, and lack of care favor manydiseases. Many problems in nurseries and landscapeplantings can be avoided by selecting proper plant materials,creating good planting sites, avoiding unnecessary wound-ing, providing routine care (including fertilization and timelywatering and pruning), and using preventive disease andinsect control measures as needed.