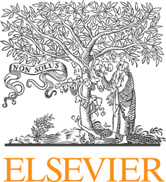 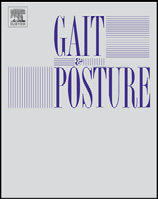 G ModelGAIPOS-2815; No of Pages 5 Gait & Posture xxx (2009) xxx–xxx Contents lists available at Whole-body vibration improves walking function in individualswith spinal cord injury: A pilot study Lanitia L. Ness ,Edelle C. Field-Fote a The Miami Project to Cure Paralysis, University of Miami Miller School of Medicine, Miami, FL, USAb The Department of Physical Therapy, University of Miami Miller School of Medicine, Miami, FL, USAc The Department of Biomedical Engineering, University of Miami, Coral Gables, FL, USA Injury to the central nervous system often results in impairments that negatively affect walking function.
Received 28 January 2009 Prior evidence suggests that vibration may improve walking function. The purpose of this study was to Received in revised form 20 May 2009 determine whether repeated use of whole-body vibration (WBV) is associated with improvements in Accepted 26 June 2009 walking function in individuals with spinal cord injury (SCI). Subjects were 17 individuals with chronic(1 year), motor-incomplete SCI. Subjects were tested before and after participation in a 12-session (3 days/week for 4 weeks) intervention of WBV. We assessed change in walking function via 3D motion capture, with walking speed as the primary outcome measure. We also assessed the inﬂuence of the WBV intervention on secondary gait characteristics, including cadence, step length, and hip-knee Afferent inputHuman movement system intralimb coordination. Walking speed increased by a mean of 0.062  0.011 m/s, a change that wasstatistically signiﬁcant (p < 0.001). The WBV intervention was also associated with statistically signiﬁcantincreases in cadence, and both the stronger and weaker legs exhibited increased step length and improvedconsistency of intralimb coordination. Changes in cadence and step length of the stronger leg were stronglycorrelated with improvements in walking speed. The improvement in walking speed observed with the WBVintervention was comparable to that reported in the literature in association with locomotor training. Thismagnitude of change has been identiﬁed as being clinically meaningful, even in non-clinical populations.
These ﬁndings suggest WBV may be useful to improve walking function with effects that may persist forsome time following the intervention.
ß 2009 Elsevier B.V. All rights reserved.
of vibration placement and direction of progression Inindividuals with Parkinson's disease, vibration applied through Loss of walking function is a common consequence of spinal the soles of the feet during walking increases walking distance, cord injury (SCI), and for these individuals, regaining walking speed, stride length, and improves stride variability Vibration function is a high priority Individuals with SCI, and other may also excite spinal circuitry (i.e., locomotor pattern generators) populations with disorders of the central nervous system, often involved in the production of locomotor output .
have various impairments that negatively impact walking func- Whole-body vibration (WBV) is increasingly being used in tion. For example, muscle weakness and sensory impairment elderly individuals and in clinical populations In result in reduced levels of muscle activation and decreased walking individuals with SCI, our studies offer preliminary evidence that a speed . Spasticity may result in altered muscle timing and co- 12-session intervention of WBV decreases spasticity of the contraction associated with spastic gait patterns Decreased quadriceps muscles . The use of WBV has also been associated walking function results from any one, or a combination, of these with changes in walking function Elderly individuals who received a 2-month WBV intervention in combination with In non-disabled (ND) individuals, vibration to the muscle body balance, muscle strengthening, and walking exercises demon- or tendon increases walking speed, depending on the combination strated increased walking speed and step length compared toindividuals who did the same exercise program without WBV In individuals with Parkinson's disease, a 3-week intervention ofWBV is associated with improvements in walking speed In * Corresponding author at: The Miami Project to Cure Paralysis, University of adults with spastic diplegia due to cerebral palsy, an 8-week Miami Miller School of Medicine, 1095 NW 14 Terr (R-48), Miami, FL 33136, USA.
intervention of WBV is associated with improvements in muscle Tel.: +1 305 243 7119; fax: +1 305 243 3913.
E-mail address: (E.C. Field-Fote).
strength and reductions in spasticity of the knee extensor muscles, 0966-6362/$ – see front matter ß 2009 Elsevier B.V. All rights reserved.
doi: Please cite this article in press as: Ness LL, Field-Fote EC. Whole-body vibration improves walking function in individuals with spinalcord injury: A pilot study. Gait Posture (2009), doi:

G ModelGAIPOS-2815; No of Pages 5 L.L. Ness, E.C. Field-Fote / Gait & Posture xxx (2009) xxx–xxx but the distance walked in 6 min was unchanged In parameters. Information about daily use of medications and assistive devices for individuals with SCI who were unable to stand without long-leg mobility was also recorded.
Demographic data for the subjects are given in All subjects gave written braces, a case series published in an abstract attributed the use of and verbal informed consent to participate in a protocol approved by the Human WBV with the progression of function from standing to walking Subjects Research Ofﬁce at the institution. All subjects were instructed to maintain . Evidence of the effects of WBV on walking function is limited their regular exercise and medication habits until completion of the study.
in individuals with SCI.
The purpose of this study was to determine whether repeated 2.1. WBV intervention use of WBV is associated with improvements in walking function, Subjects received an intervention consisting of WBV (Power Plate; Northbrook, as deﬁned by changes in walking speed, in individuals with IL) 3 days/week for 4 weeks. Each session included four 45-s bouts with 1 min of chronic, motor-incomplete SCI. In individuals with SCI, increased seated rest without vibration between bouts according to previously published walking speed is a standard benchmark for improvement in protocols (. During each WBV bout, subjects stood on the vibrationplatform with knees ﬂexed approximately 308 from anatomical neutral. Vibration walking function In addition, we assessed changes in was delivered at 50 Hz with a vertical displacement of 2–4 mm (depending on secondary gait parameters including step length, cadence, and subject weight).
consistency of hip-knee intralimb coordination. Our prior studiesof interventions to improve walking function in individuals with 2.2. Testing procedure SCI have focused on locomotor training or nutrient The effects of the 12-session WBV intervention on walking function were supplementation While there is preliminary evidence in that quantiﬁed by comparing the kinematic data acquired prior to the intervention WBV may improve walking function in elderly individuals and (initial test) to that collected within 7 days of the last WBV session (ﬁnal test). One individuals with Parkinson's disease , there are no published subject returned an additional time at 5-week post-WBV for a follow-up test studies related to the inﬂuence of WBV on walking function in session to allow assessment of persistence of intervention effects. An array of 21 individuals with SCI, many of whom have a limited ability to reﬂective markers were placed bilaterally at the lateral malleoli, 5th ray metatarsal-phalangeal joints, heels, lateral knee joints, greater trochanters, anterior superior maintain standing. Based on the prior evidence, we hypothesized iliac spines, shoulders, elbows, and wrists as well as at C7, T10, and the sacrum.
that the 12-session intervention of WBV would be associated with Kinematic data were collected using an 8-camera 3D motion capture system (Peak improvements in walking speed and the secondary gait para- Motus1 Software, Peak Performance, Centennial, CO). Recording of kinematic data meters. In this consideration-of-concept study , our goal was to was performed in a calibrated space with data captured at 60 Hz.
For each walking test session, subjects walked ﬁve times across a 10-m walkway determine whether there was value in pursuing this line of study, at their preferred walking speed; subjects were allowed to rest between walking and whether it was feasible to use WBV in individuals with SCI tests. During each walking test, subjects were given 30 s to complete the 10-m walk, relative to subject tolerance and incidence of adverse events.
and all outcome measures were extracted from data captured within the central6 m of the walkway. Subjects used assistive devices as required during testing.
Fourteen subjects used a rolling walker, one subject did not have the necessary 2. Subjects and methods hand function to grip the handles of a standard rolling walker and performed the Seventeen subjects (3 women and 14 men; age 28–65) with SCI enrolled in the test using a rolling walker with bilateral forearm platform supports, and two study. All subjects underwent clinical examination prior to testing. Subject subjects did not require assistive devices. If a subject required an assistive device, inclusion criteria were motor incomplete, chronic (1 year duration) SCI, and the same device was used both for the initial and ﬁnal test sessions.
ability to rise from sitting to standing with no more than moderate assistance fromone person, and ability to stand (using upper extremity support) for at least 1 min.
2.3. Data analysis and statistics American Spinal Injury Association (ASIA) motor and sensory scores , and ASIAImpairment Scale (AIS) classiﬁcation were evaluated by a physical therapist Statistical Analysis Software 9.1.3 (Cary, NC) was used for all statistical analyses.
who was not otherwise involved in the study. All individuals had asymmetrical All data were checked and met the parametric assumptions of homogeneity lower extremity motor scores that were used to identify the weaker and stronger (Levene's test for equality of variances) and normality (Kolmogorov–Smirnov Z- extremity. Subject height was recorded for the purpose of normalizing gait test). Signiﬁcance was set at a = 0.05. Walking speed (SPEED; meters/second; m/s) Table 1Demographics of participants, LEMS = lower extremity motor scores represent the sum of the motor scores for the ﬁve key muscles of both legs graded according to ASIAguidelines prior to the WBV intervention.
Antispastic agents Primary daily assistive device Personal transporter Fig. 1. Procedure for a single session of whole-body vibration (WBV). Each session of WBV consisted of four bouts of WBV at a frequency of 50 Hz and an intensity of 2–4 mm(depending on the subject weight). Each vibration bout was separated by a period of 1 min seated rest.
Please cite this article in press as: Ness LL, Field-Fote EC. Whole-body vibration improves walking function in individuals with spinalcord injury: A pilot study. Gait Posture (2009), 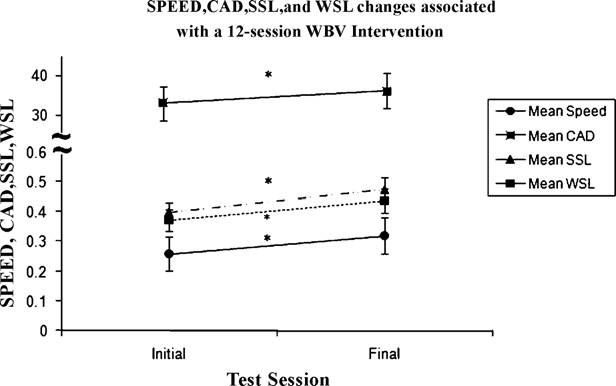 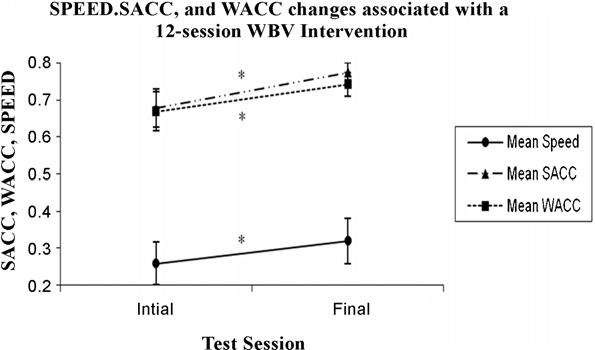