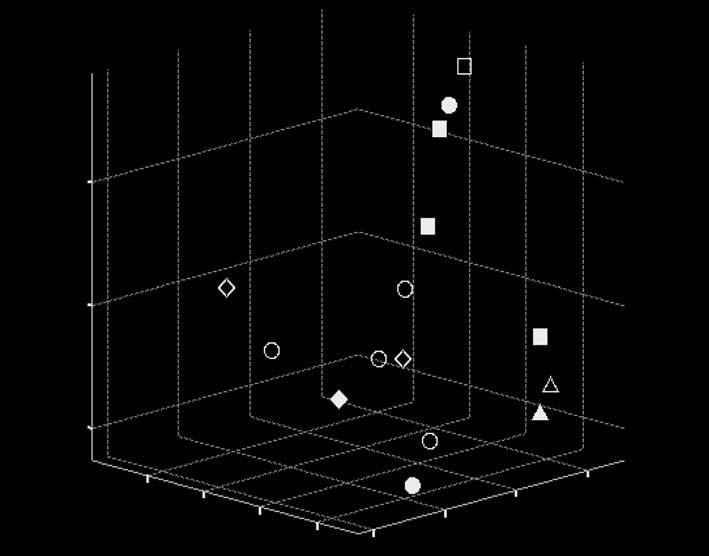 BENZON SYMPOSIUM No. 47 MOLECULAR PHARMACOLOGY OF ION CHANNELS AUGUST 13-17, 2000, COPENHAGEN, DENMARK Organizing committee: Jan Egebjerg, Søren-P. Olesen and Povl Krogsgaard-Larsen Abstracts - MONDAY, August 14, 2000 Kainate Receptor-Deficient Mice Stephen Heinemann, Molecular Neurobiology Laboratory, Salk Institute, La Jolla, Ca, U.S.A Abstract not received Importance of AMPA Receptors in synaptic plasticity Sprengel R., Borchardt T., Mack V., Jensen V., Ovind H. 1, Feldmeyer D., Burnashev N.2& P.H. Seeburg Depts. of Molecular Neuroscience and 2Cell Physiology of the Max-Planck Institute for Medical Research, Heidelberg, Germany 1Dept. of Physiology, Institute of Basic Medical Sciences, University of Oslo, Norway. We have adopted genetic strategies to determine the function of AMPA receptors in the formation of synaptic plasticity i.e long term potentiation (LTP) at CA3/CA1 synapses in the hippocampus of adult and juvenile mice. Using a variety of different mouse lines with perturbations in AMPA receptor expression, the involvement of the AMPA receptor subunits GluR-A and GluR-B in long term LTP was dissected. The GluR-B subunit was found to have its major function during development of a mouse brain. Up to postnatal day 15 to 25 the GluR-B subunit has to maintain distinct AMPA receptor channel properties, such as Ca2+-impermeability and linear current/voltage relationship. Mice with disturbed AMPA receptor mediated Ca2+-flux in principal neurones develop neurological phenotypes which can result in epileptic attacks and premature death of the carriers. At all ages examined LTP was present at CA3/CA1 connections indicating that GluR-B is not essential for synaptic plasticity. In contrast, abolished GluR-A subunit expression had minor effects on mouse development but on LTP formation, which was diminished completely in adult mice. In the absence of the GluR-A subunit the total amount of functional AMPA receptors was strongly reduced in CA1 pyramidal cells, and most of the remaining receptors were localised in synapses. In wild-type mice the majority of AMPA receptors are in extra-synaptic sites, which might indicate that the presence of extra-synaptic receptors is important for the formation of LTP. This is supported by the presence of CA3-CA1 LTP in young GluR-A-/- mice. At this age the ratio of extra-synaptic versus synaptic receptor is more in favour of extra-synaptic receptors. In summary, our mouse models might indicate that the AMPA-receptor level in the postsynaptic neuron is more important for LTP than the presence of individual AMPA receptor subunits. Regulation of Glutamate Receptor Function and Synaptic Plasticity Hey-Kyoung Lee, HHMI, Johns Hopkins University, Baltimore, MD, USA. Neurotransmitter receptors mediate signal transduction at the postsynaptic membrane of synaptic connections between neurons in both the central and peripheral nervous systems. We have been studying the molecular mechanisms in the regulation of neurotransmitter receptor function. Recently we have focused on glutamate receptors, the major excitatory receptors in the brain. Glutamate receptors can be divided into two major classes: non- NMDA and NMDA receptors. Non-NMDA receptors mediate rapid excitatory synaptic transmission while NMDA receptors play important roles in neuronal plasticity and development. Studies in our laboratory have found that both non-NMDA and NMDA receptors are multiply phosphorylated by a variety of protein kinases. Phosphorylation regulates several functional properties of these receptors including conductance and membrane targeting. For example, phosphorylation of the GluR1 subunit of non-NMDA receptors by multiple kinases including PKA, PKC and CaM kinase II regulates its ion channel function. Recent studies have demonstrated that the phosphorylation of AMPA receptors is regulated during cellular models of learning and memory such as long term potentiation (LTP) and long term depression (LTD). We have also been examining the mechanisms of the subcellular targeting and clustering of glutamate receptors at synapses. We have recently identified a variety of proteins that directly or indirectly interact with non-NMDA and NMDA receptors. We have found a novel family of proteins that we call GRIPs (Glutamate Receptor Interacting Proteins) that directly bind to the C-termini of the GluR2/3 subunits of non-NMDA receptors. GRIPs contain seven PDZ domains, protein-protein interaction motifs, which appear to crosslink non-NMDA receptors or link them to other proteins. In addition, we have recently found that the C-termini of GluR2 also interacts with the PDZ domain of

Emergency department diagnosis and treatment of anaphylaxis: a practice parameter