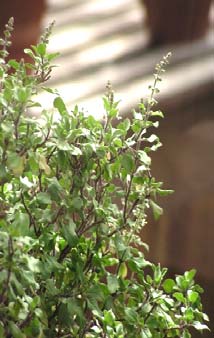 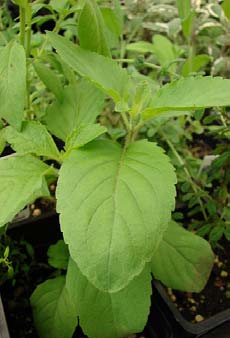 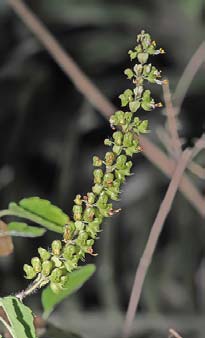 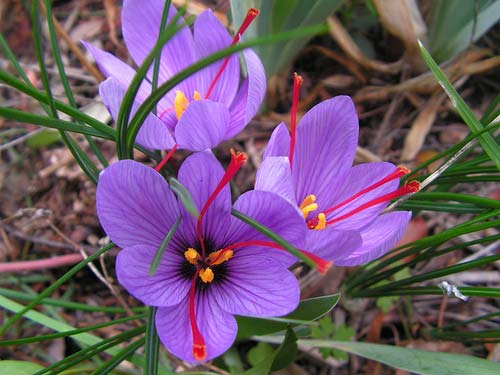 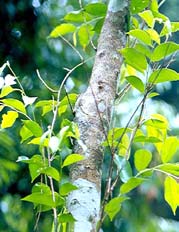 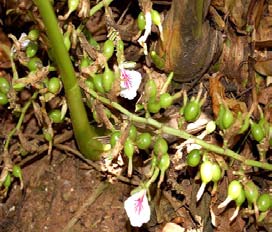 While preparing the Research Briefings on "Developing Herbal Pharmaceutics in Pakistan – Part I: Potential,
Issues and Constraints of Herbal Products", the need arise to prepare a companion Briefings covering
distinctiveness of selected medicinal herbs. These Briefings are released sequentially so that readers can have
complete information. Why Natural Resources Division is assigning higher priority for herbal pharmaceutics is
a question to be addressed? The higher priority is because of two reasons. Firstly, that rural population can't
afford the prescription fee and cost of allopathic medicines and thus an alternate option is now essential. Food
is available to the majority of rural population and poor urbanites but they do not have any access to health
services. Senior citizens in rural and urban areas are facing hardship in meeting their minimal health support.
Secondly, the production of herbs in Pakistan will provide a new source of livelihood to the resource-poor
farmers and landless because these can be grown as Home Pharmacy. The two reasons are the major
motivation for preparing companion Briefings. Third Briefings in succession will address the Perspective Plan
for Production of Herbs and Herbal Products.

Ajwain (Trachyspermum copticum) is herbal plant originated from India and is known for its medicinal uses. Its
seeds are tiny, hot, pungent and slightly bitter in taste. It contains ‘thymol' having germicidal, anti-fungal and
anti-inflammatory characters. It also contains calcium, iron, phosphorous, carotene, thiamine and riboflavin and
acts as an appetizer and commonly used as food preservative. It not only enhances digestion, rather it effectively
manages conditions like nasal congestion, loose motion and vomiting. Seed is used in Berbere, a mixture of
spices (pepper, garlic, ginger, black pepper, etc.). Its oil contains steroptin, thymine, terpene and cymene.

Major medicinal uses of Ajwain is:
It is very effective for digestion. Boil two liters of water with small pieces of ginger, then put two teaspoons of Ajwain seeds into it, allow water to cool down and take one glass of mixture every one hour for diarrhea, dyspepsia, dysentery, cholera, and acidity. For chronic bronchitis, asthma, cold and cough, boil half litre of water mix with one tea spoonful of Ajwain seeds, then drink hot mixture. It works amazingly. During an acute pain episode, take half teaspoon of ajwain seed powder, mix it in a glass of warm , milk , sweeten it with a teaspoon of honey and drink it once a day. It also relieves depression, mental stress, exhaustion, dizziness, restlessness and anxiety. For throat infection like acute pharyngitis, sore throat, hoarseness of the voice, a half tea spoon of Ajwain powder mixed into a cup of hot chicken soup can be sipped slowly twice a day. Use a small piece of ginger finely chopped, add five to six leaves of oregano, 1/4 teaspoon of Ajwain duly soaked in water, small quantity of tea leaves and jaggery, strain before you drink it. It gives energy to the body with a calm disposition if taken once in a day during summer season. However, diabetes should avoid using this preparation because the mixture contains jaggery, which can increase blood sugar. Natural Resources Division, Pakistan Agricultural Research Council, Islamabad, Pakistan Managing Natural Resources for Sustaining Future Agriculture Research Briefings Volume (3), No (21), 2011
For gynecological troubles like dysmenorrhea eat a fist full of ajwain seeds daily for relief. For wound or skin infection, make paste of ajwain seed and apply it on the affected part. The seed acts as an antiseptic agent having the ability in cleaning wound and treating skin infection. Eating half spoon of ajwain seeds every day followed by drinking of warm water can help in treating respiratory infection like Asthma The extracted oil from Ajwain seeds is beneficial for treatment of neuralgic pain and rheumatism. Ajwain seeds provide relief from common cold. Wrap ajwain seeds in a piece of cloth and leave it overnight. For children, take smaller quantity of ajwain seeds as they will not be able to tolerate smell. Ginger (‘Adrak')

Cardamom refers to several plants of the genera Elettaria and Amomum in the ginger family Zingiberaceae.
Both genera are native to India; they are recognized by their small seed pod, triangular in cross-section and
spindle-shaped, with a thin papery outer shell and small black seeds. Elettaria pods are light green while
Amomum pods are larger and dark brown. The word cardamom is derived from the Latin cardamomum, the
latinisation of the Greek (kardamomon), a kind of an Indian spice plant. The earliest attested form of the word
kardamon is the Mycenaean Greek ka-da-mi-ja, written in Linear B syllabic script (Charlton and Charles;
Henery and Scott).

The two main genera of the ginger family that are named as forms of cardamom are:
Elettaria: commonly called cardamom, green cardamom, or true cardamom, which is distributed from
India to Malaysia. Natural Resources Division, Pakistan Agricultural Research Council, Islamabad, Pakistan Managing Natural Resources for Sustaining Future Agriculture Research Briefings Volume (3), No (21), 2011
Amomum: commonly known as black cardamom, brown cardamom, Kravan, Java cardamom, Bengal
cardamom, Siamese cardamom, white cardamom, or red cardamom, which is distributed mainly in Asia and Australia. Both forms are used as flavorings in both food and drink, as cooking spices and as a medicine. Elettaria cardamomum (the usual type of cardamom) is used as a spice, a masticatory, and in medicine; it is also smoked sometimes; it is used as a food plant by the larva of the moth Endoclita hosei.
Major medicinal uses of cardamom are:
Green cardamom is used to treat infections in teeth and gums, to prevent and treat throat troubles, congestion of the lungs and pulmonary tuberculosis, inflammation of eyelids and also digestive disorders. Used to break up kidney stones and gall stones, and was reportedly used as an antidote for both snake and Amomum is used as a spice and as an ingredient in traditional medicine in China, India, Pakistan, Japan, Korea and Vietnam. Also used to treat stomach-aches, constipation, dysentery, and other digestive disorders.
Increased demand since the 1980s, principally from China, for both Amomum villosum and Amomum tsao-ko
has provided a key source of income for poor farmers living at higher altitudes in localized areas of China, Laos
and Vietnam, people typically isolated from many other markets. Until recently, Nepal had been the world's
largest producer of large cardamom. Guatemala has become the world's largest producer and exporter of
cardamom, with an export total of US$137.2 million for 2007.

Turmeric is currently a high priority substance in medical research in relation to control of diabetes and as an
anti-aging agent. Turmeric provides a rich source for anti-oxidants. The main ingredient in turmeric is
‘Curcumin', a powerful antioxidant and anti-inflammatory substance, and it was found that this can lessen
insulin resistance and help prevent type #2 diabetes. Turmeric combines well with ‘Piperine' from black pepper,
and can increase its absorption tremendously (up to 2000%). Turmeric alone without black pepper can also be
taken but then large quantities are required, which is not recommended.
Turmeric is a common cooking spice in Asia and may help prevent against Type #2 diabetes, as well as
reducing the dangerous inflammation associated with obesity, according to a study conducted by researchers
from the Naomi Berrie Diabetes Center at Columbia University Medical Center, published in the journal
Endocrinology and presented at the annual meeting of the Endocrine Society in San Francisco. The effect is
believed to come from ‘Curcumin", a key ingredient in turmeric that is known to function as an antioxidant and
anti-inflammatory.
"It's too early to tell whether increasing dietary curcumin - via turmeric - intake in obese people with diabetes
will show a similar benefit," researcher Drew Tortoriello said. "Although the daily intake of curcumin one might
have to consume as a primary diabetes treatment is likely impractical, it is entirely possible that lower dosages
of Curcumin could nicely complement our traditional
therapies as a natural and safe treatment."
The researchers fed high doses of dietary Curcumin to
obese male mice that had been fed a high-fat diet and to
obese female mice that had been bred to be deficient in
the appetite-regulating hormone leptin. Mice that were
fed the Curcumin experienced a small but statistically
significant decrease in body weight and body fat
percentage, even though their diet had not changed. They
exhibited improved glucose tolerance and blood sugar
levels, indicating a reduced risk of developing Type #2
diabetes. They also showed lower levels of inflammation
in their fat tissue and livers.
Turmeric has long been used as a dietary supplement, natural medicine and even as an antiseptic applied directly
to wounds. Recent research suggests that it may have benefits for the prevention or treatment of Alzheimer's
disease, cancer and liver problems. There are no known negative side effects to consuming the spice in
quantities of up to 12 grams (0.42 ounces) per day (www.naturalnews.com/024644.html#ixzz1MsX6uTzS).

11.
Bitter Gourd (‘Karaila')
Bitter gourd has excellent medicinal virtues. It is antidotal, antipyretic tonic, appetizing, stomachic, antibilious and laxative. The bitter gourd is used in herbal medicines of Asia and Africa. It is specifically used as herbal medicine for diabetes. Recent research has established that it contains a hypoglycaemic or insulin-like principle, designated as 'plant-insulin', which has been found highly beneficial in lowering the blood and urine sugar levels. It should, therefore, be included liberally in the diet of the diabetic. For better results, the diabetic should take the juice of about four or five fruits every morning on an empty stomach. The seeds of bitter gourd can be added to food in the powdered form. Diabetics can also use bitter gourd in the form of decoction by boiling the pieces in water or in the form of dry powder. Natural Resources Division, Pakistan Agricultural Research Council, Islamabad, Pakistan Managing Natural Resources for Sustaining Future Agriculture Research Briefings Volume (3), No (21), 2011
A majority of diabetics usually suffer from malnutrition as they are usually under-nourished. Bitter gourd being
rich in all the essential vitamins and minerals, especially vitamin A, B1, B2,
C and Iron, its regular use prevents many complications such as hypertension,
eye complications, neuritis and defective metabolism of carbohydrates. It
increases body's resistance against infection.
In 1962, Lolitkar and Rao extracted from Bitter Gourd a substance called
charantin having hypoglycaemic effect on normal and diabetic rabbits.
Another principle, active only on diabetic rabbits, was isolated by Visarata
and Ungsurungsie in 1981. Bitter melon has been found to increase insulin
sensitivity. In 2007, a study by the Philippine Department of Health
determined that a daily dose of 100 mg per kilogram of body weight is
comparable to 2.5 mg/kg of the anti-diabetes drug glibenclamide taken twice
per day. Tablets of bitter melon extract are sold in the Philippines as a food
supplement under the trade name Charantia and exported to many countries.
Other compounds in bitter melon have been found to activate the AMPK, the
protein that regulates glucose uptake (a process which is impaired in
diabetics).
Bitter melon also contains a lectin that has
insulin-like activity due to its non-protein-
specific linking together to insulin
receptors. This lectin lowers blood
glucose concentrations by acting on
peripheral tissues and, similar to insulin's
effects in the brain, suppressing appetite.
This lectin is likely a major contributor to
the hypoglycemic effect that develops
after eating bitter melon.

MESSA ABC Rx Coverage An Overview MESSA ABC is an exceptional, high-quality health plan that costs less – 10% to 25% less – and gives members the same great financial security, peace of mind and personalized service that are at the heart of every MESSA plan. We've taken great care to build extra features into MESSA ABC Rx coverage that support our members' good health and give them a strong financial safety net.