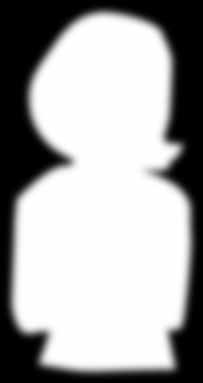 Worried about antibiotic
use and resistance in cattle?
It's important to us too.
WHERE DOES ANTIBIOTIC RESISTANCE COME FROM?
When antibiotics are used, bacteria that are responsive to the
drug are killed, and bacteria that aren't responsive (are resistant)
survive and reproduce.
1. Some bacteria cause disease. A
3. The antibiotic resistant bacteria
few are drug resistant.
survive and reproduce.
2 Antibiotics kill disease-causing
4. Some bacteria share their
bacteria, as well as some good drug-resistance with bacteria that protect the body IS ANTIBIOTIC FREE
ANTIBIOTIC RESISTANCE HAPPENS NATURALLY A specified withdrawal time must pass after the The Lechuguilla Cave in New last treatment to ensure that there are no antibiotic Mexico has bacteria that have residues left in the beef. The Canadian Food lived in complete isolation for Inspection Agency regularly tests for residues. In more than four million years. 2013, over 99.9% of both domestic and imported When treated with a variety of beef products were free from residues. If residues antibiotics, many of these are found, the beef is not allowed to enter the food bacteria were naturally resistant.
WHY ARE ANTIBIOTICS USED IN CATTLE?
GROWTH PROMOTION
A category of antibiotics Ensuring animal welfare:
called ionophores providing care to sick cattle,
help boost growth in including using antibiotics
cattle. Ionophores are not when appropriate, is the
used in human medicine, and work differently than medically important humane thing to do.
antibiotics. There is no evidence that
use of ionophores causes increased
resistance to antibiotics used in
"It is our privilege, PREVENTION
ANTIBIOTICS not our right to be able
Preventing infection can to use antibiotics in the reduce the need to use more powerful antibiotics animals that we take if the disease becomes more serious. Preventive antibiotics antibiotic is used in - Dr. Craig Dorin, are also used in human medicine, like feed does not mean with people who are exposed to it is being used to bacterial meningitis. promote growth. It is TREATMENT
often better for sick AND CONTROL OF DISEASE
animals to be treated through feed Cattle sometimes get rather than aggravating their illness sick, just like people, with stress from multiple injections.
pets, and other livestock. Antibiotics can help protect animal health by limiting the spread of disease.
www.albertabeef.org
165, 6815 - 8th Street N.E., Calgary, AB T2E 7H7
Phone 403-275-4400
ARE ALL ANTIBIOTICS
NO. In Canada there
are four categories6 Not all antibiotics are the same. Some antibiotics are more powerful than others, and some categories of antibiotics that are often used in cattle are not medically important to humans.
MOST IMPORTANT IN
LEAST IMPORTANT
IN HUMAN MEDICINE
VERY HIGH
3. IMPORTANCE 4. IMPORT
Yes – limited or no Yes – alternatives Not often – many treating
alternatives available Drugs of last resort alternatives available Sometimes used for Commonly used for Commonly used for beef cattle?
treatment, control and treatment, control and growth promotion and prevention of disease prevention of disease Human: Cipro, Omnicef Zithromax Cattle: Ionophores such examples Cattle: Excede, Baytril
Cattle: Draxxin, Tylan Cattle: Resflor, as Rumensin, Bovatec Most of these products require a veterinary prescription, just like you need a prescription from your doctor before the pharmacist will give you most antibiotics. of the antibiotics of the antibiotics used in used in people are of
animals (livestock High and Very High
and pets) are of
Low and Medium
ANTIBIOTIC RESISTANCE Resistance of E. coli in retail beef to any of the Canada has several surveillance programs in drugs in the VERY HIGH
place to monitor trends in antibiotic IMPORTANCE category is
resistance. Examples include the Canadian Integrated Program for Antimicrobial Resistance Surveillance,7 FoodNet Canada,8 and the newly announced Canadian Antimicrobial Resistance Surveillance System.9 DRUG RESISTANCE LEVELS ARE LOW IN BEEF
Bacteria (E. coli) found in retail beef are rarely resistant to more than one drug. Over 74% of E. understand the concept coli samples were not resistant to any of the of antibiotic stewardship. We understand the concept of leaving something in a better situation than we -Dr. Leigh Rosengren, RESISTANT TO ALL This means that there are lots of options to treat most drug resistant bacteria. HOW DIFFICULT IS IT TO GET A RESISTANT INFECTION?
For a person to get an antibiotic resistant infection from eating beef,
a number of unlikely things must happen:
animal gets an
bacteria survives multiple
bacteria
Doctor prescribes
food safety controls
causes illness
in person
antibiotic resistant
bacteria survives
illness is severe
illness fails to respond
bacteria develops
enough to warrant
to treatment because
in animal
bacteria is resistant to
If beef is cooked properly, the antibiotic resistant bacteria die – breaking the chain
of unlikely events. The probability of human illness in the U.S. due to drug resistant
food poisoning (campylobacteriosis) is about one in 236 million.12 Being killed by an
asteroid is 1000 times more likely.18
Producers take their Producers also have a responsibility to Previous research showed no you choose
ethical responsibility use antibiotics with good judgment. predictable or uniform increase conventional or organic,
to protect the health Surveillance7 indicating low resistance in resistance between cattle and welfare of their in cattle to antibiotics of importance in raised with the use of beef is an important
families and animals human medicine shows they are doing antibiotics and those raised part of a nutritious diet.
very seriously, which just that. Canada's Verified Beef ProductionTM program outlines Antibiotic use in agriculture is antibiotics when responsible practices for producers, just one small part of the whole and provides training on how to use antibiotic resistance picture that antibiotics properly.13 also includes humans and For references and more information about the
beef industry, please visit the consumer section
of www.albertabeef.org

TOP_August 2012_FINAL_v2_TOP 8/20/12 9:57 AM Page 1 CANCER CENTER PROFILE University of Arizona Cancer T-DM1 in Metastatic Breast The Expanding Role of the Oncology Pharmacist It's Just the Beginning for an Exciting New Class By Caroline Helwick The biggest newsmaker at the 2012 healthy tissue, T-DM1 not only has Annual Meeting of the American