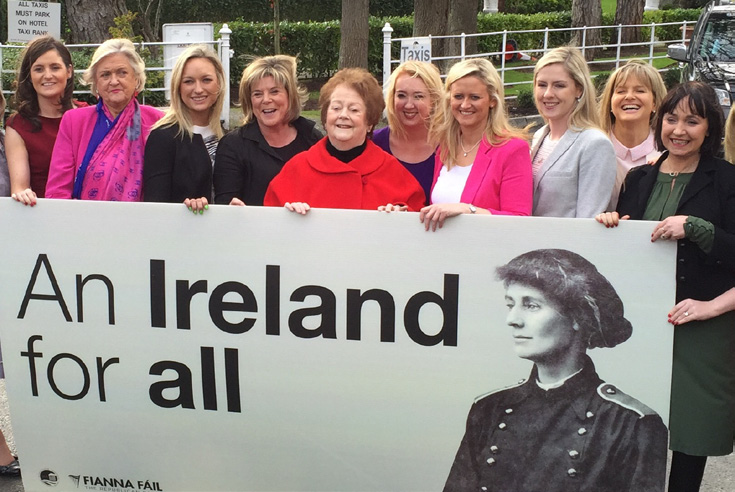 An Ireland for all. Éire do Chách.
Fianna Fáil has set out its
In the last 5 years our Fine Gael/Labour Government have
plan for an Ireland which
serves all its people
» implemented an economic plan they bitterly opposed in opposition and now are taking credit for it » A country where decent » overseen a two tier recovery despite being fortunate in the international hardworking people can climate of low interest rates, a weak euro and falling energy prices thrive, not just survive » established Irish Water, a super QUANGO costing €800 million incl » An Ireland built on strong, safe €80m spent on consultants alone and enterprising communities » brought the country from a housing surplus to a national housing » Investment (paid for by fairer emergency with 130,000 on waiting lists, many now homeless and in taxes) – not cuts in public temporary accommodation and first time buyers frozen out of the market » put 1500 children in emergency accommodation » Reforming the system/govern- » watched as rents have soared; rent supplement levels are now well ment so that it works for the below the market level people, not against them » lost a Minister for Justice & also a Garda Commissioner » A future where a home, » reduced Garda numbers by 1200 to 12,800, closed down 139 Garda healthcare and secure Stations including Whitehall and a downgrading of Howth Garda Station retirement is not just for the privileged few » introduced cuts in Household Benefit Package, Fuel & Phone Allowance, Bereavement Grant & changed rules of One Parent Family payment » introduced a series of regressive Budgets, taking more from the poor » Despite Labours specific pre-election promise, cut Child Benefit» abandoned its flagship UHI policy, seen one crisis after another in health and now there are almost 400,000 on out-patient waiting lists » practically ignored investment in infrastructure; their recent last minute plan is lacking ambition » despite their promises, have introduced 13 separate increases in tax on income; a Government of broken promises Having spent 16 years as an elected Councillor on Dublin City Council, I have the experience, commitment & enthusi-asm to represent you in Dáil Éireann Vote No. 1 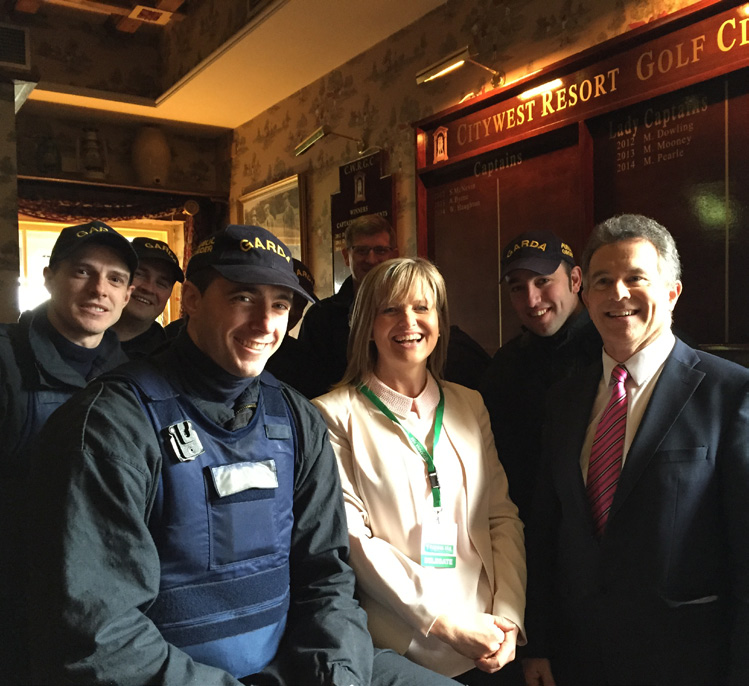 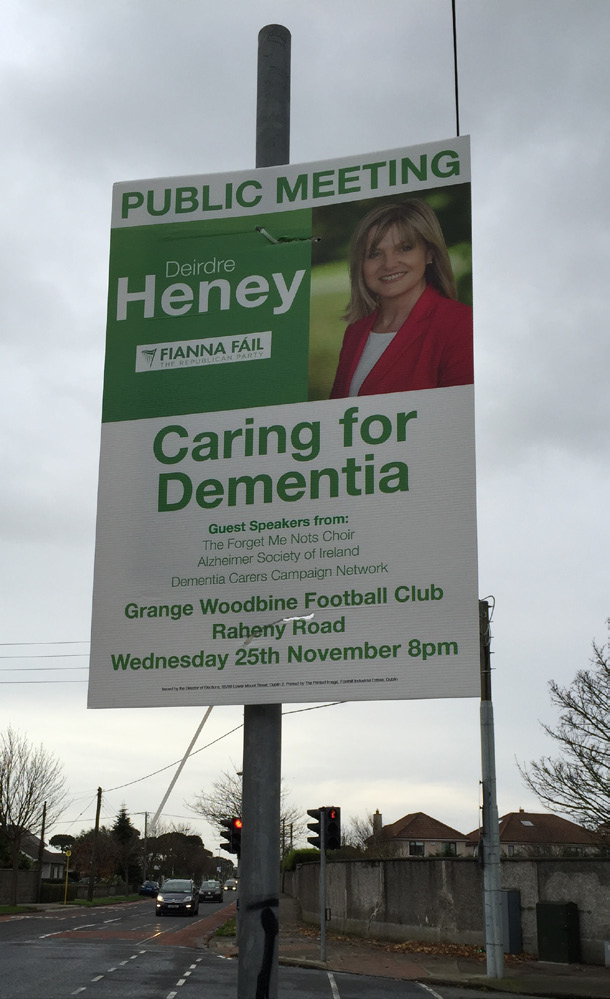 Fianna Fáil is a republican party and believes in equality of oppor- » Reform of income tax, increases in personal tax credits €100/€200 tunity for all our citizens. We are committed to building an Ireland » USC changes for lower bands for all, not the two tier recovery » For the self–employed - an earned income tax credit of €500 as part of seen to date. This means helping a 3 year process of increasing it to the PAYE level of €1,650.
people to access education, own » To increase the Category A level inheritance tax threshold to €330,000 their own home, support families as significantly more families are being drawn into this net.
to raise their children and ensure » Committed to building 150,000 new homes by 2021 including 45,000 senior citizens can remain living social housing units.
at home for as long as possible. We are a pragmatic centre ground » Generation Rent – our policy on rents provides for reform of PRTB, affordable rents, more rights for tenants & a tax regime to encourage party offering practical solutions to investment by landlords.
day to day problems. We are not a party of angry protest or elites.
» We will abolish Irish Water & ensure there are no water charges in the life of the next Dáil.
» Some Irish Water staff will move to an NRA type authority, handling capital investment planning for local authorities.
» To strengthen the Garda force to 15,000 and create a dedicated Dublin city centre Garda Public Order Unit concentrating on drug dealing & anti-social behaviour » Will support working parents with a tax credit worth up to €2,000 to help deal with child costs » Vigorously resist EU efforts to change our 12.5% corporate tax rate & initiate a review of commercial rates with an aim to move it away from property towards revenue levels.
» We will include retired public servants in future public sector agreements; they were omitted by Government in recent talks.
With members of the public order unit and Deputy Seán Fleming. Caring for Dementia
I have been a local Councillor for 16 years and the needs of vulnerable people in our society continue to be at the core of all my political work There are 48,000 people living with dementia in Ireland. By the end of the next Government term, in 2021, that number will have increased by 40%. I want to see us as a society, acknowledge carers of loved ones with Dementia, particularly people who care for a loved one at home. We need to look on Dementia as a normal part of our daily lives, and not a condition to feel embarrassed about. If we did this, we could, I believe, improve the quality of life of carers as well as for their loved ones. I fully support the Alzheimer Society of Ireland Dementia Friendly Communities Project already thriving in parts of the country (Cavan, West Donegal, Galway City, Killaloe, Mallow, Callan) and would love to see it developed in every community in Ireland. This would be a great start to a national public awareness programme, and would I feel, lead to a lessening of the sadness and isolation experienced by carers of loved ones with Dementia.
Other issues of concern to me
Equality for women in sport - I
Animal welfare is an issue that is
The protection of our environment
believe we should place as much close to my heart and I will promote is important to me, particularly the emphasis on women and girls policies that will engage public protection of the beautiful natural participation in sport as we do for awareness around animal welfare resource that is Dublin Bay. men and boys.
Local matters – planning applications
bed 2 storey houses at Park dwellings at Sybil Hill Rd 4105/15; on lands of
Tce Sth/King St/ Park Row 3910/15; demolish 2
Hampton Carmelite 3601/15; at Belmayne Ave,
houses & build 16 houses Convent, Gracepark Rd, 2x2 storey 16 classroom at 726/728 Howth Rd Drumcondra 101 houses & primary schools for Dept. of 4185/15; major development
apartments, plus nursing on playing fields at St home; decision awaited Paul's School, Sybil Hill 3887/15; 188-190 & rear
381 houses & apts, plus 3825/15; at St. David's Park,
192 Collins Ave; demolish 2 2 all weather pitches etc; Artane 8 dwelling units, 2991/15; 166 dwellings on
2620/15; 4 storey block
3245/15; fronting Coolock
lands of St. Josephs School apts at Brethern Hall, The Village, surrounding Channel for the Blind Gracepark Glen, Watermill Rd, Raheny. College 2 blocks of 65 Rd; awaiting Bord Pleanála With Bord Pleanála for apartments: now approved 2552/15; aviation fuel
2347/15; land fronting
pipeline, Dublin Port to airport Marino Institute, Griffith Ave. via Howth Rd /Copeland Ave/ F15A/0303; 10 houses &
79 houses & 22 apartments; Malahide Rd., waiting Bord 4 blocks of 71 apts near awaiting Bord Pleanála Pleanála decision Santa Sabina in name of Parsis Ltd sent for additional information 3747/15; demolish 2
3776/15; 84 dwellings on
F15A/0545; 9x3 storey
bungalows & build 16 site Main St /Dermot St/ dwellings on Balscadden apartments at 193/195 Park St awaiting decision Rd, south of Edros site 4037/15; changes to
Awaiting Bord Pleanála 2405/12 to now provide 17x3 now granted approval for 4242/15; new application
Clonshaugh Priorswood
the major development of from MKN to build 76 near 200 houses & apts Plans for the new major sewerage on former Techrete/Teeling plant on the Fingal side of the city Motor site. An appeal to boundary are still at pre-planning phase as part of the Strategic Discussions continue between Bord Pleanála is likely Infrastructure process with An City Council officials/Councillors Bord Pleanála.
/community groups and the Irish Water are now the lead Environmental Monitoring & agency on this proposal which Liaison Committee. The report was originally a Fingal idea.
Dublin City Council is working on from independent expert Dr plans to deliver a mix of some Planning approval will be required Murphy is awaited. Work on the 650 private/affordable/ social in due course from Bord Pleanála. landside of the contract contin- dwellings on their lands on Oscar The City Councillors are expect- ues. However all activity on the Traynor Rd backing onto/or open- ing to receive a presentation on it seaward side is suspended until ing into Castletimon Gardens & at their March area meeting. spring. Hopefully a compromise Lorcan area.
acceptable to all can be arrived at. 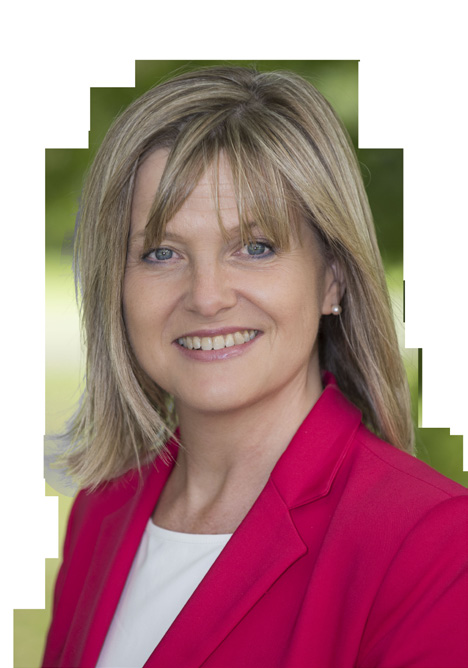 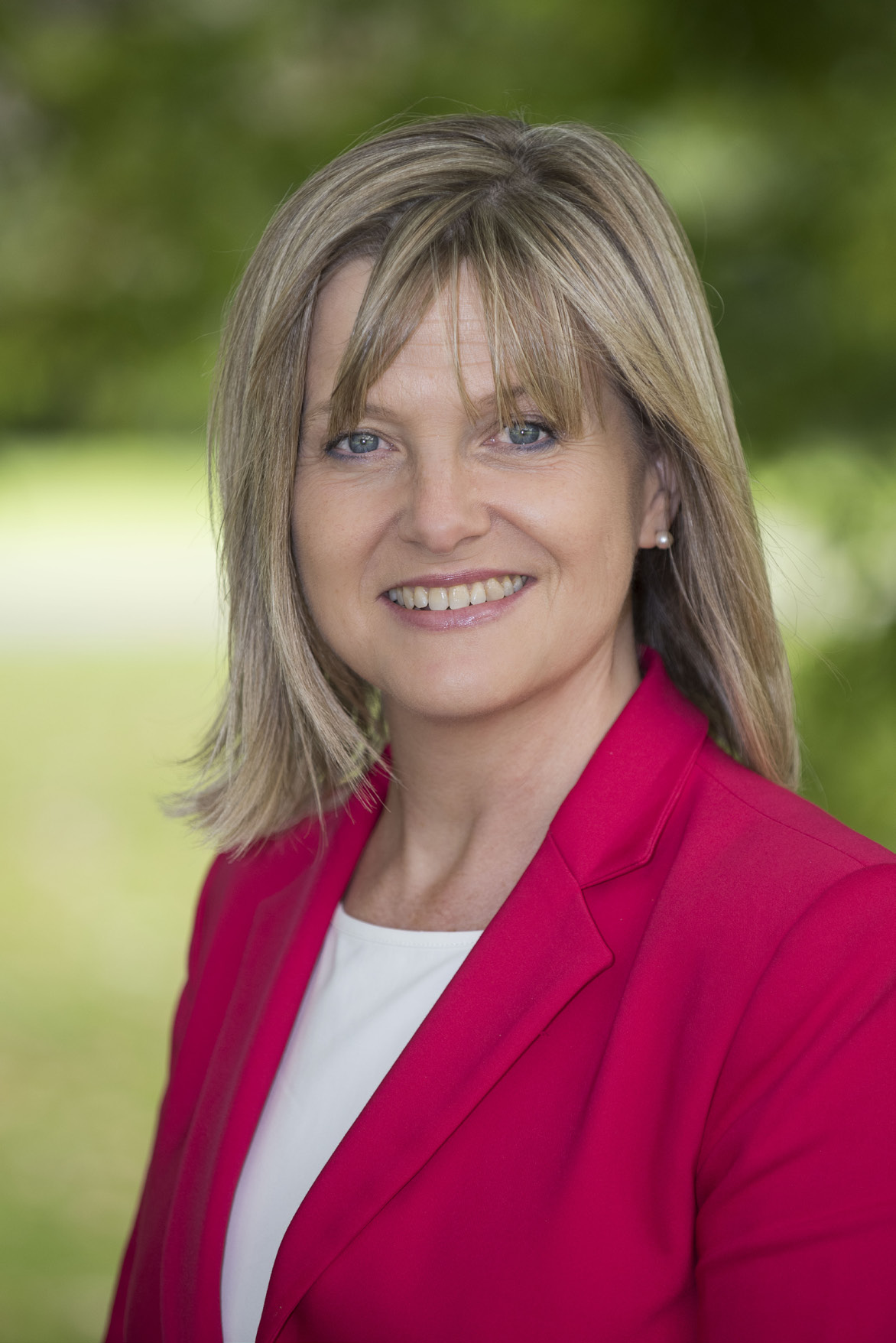